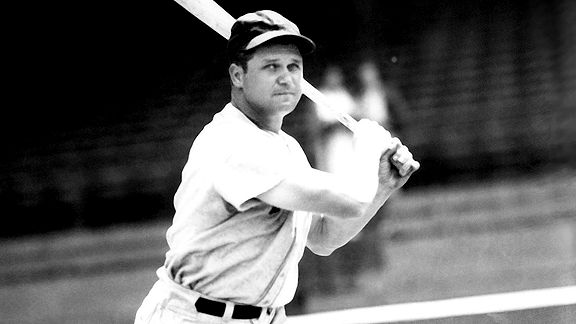 Though he stood just 6-feet tall, Foxx was a slugger in the true sense of the word, leading the AL in slugging five times, while winning the Triple Crown in 1933.

He was so feared, in fact, that he was the first player (and one of only three in history) to walk six times in a game, and he is one of nine players with three MVP awards. Only Barry Bonds has more.