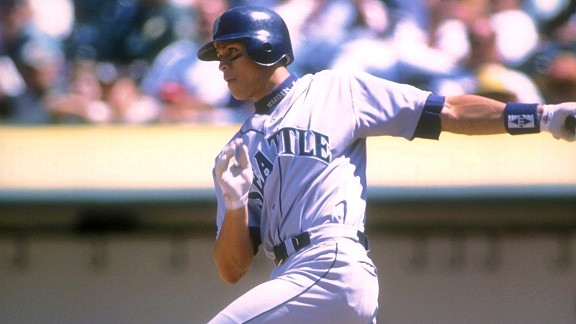 His story isn't so simple as the numbers, so I'll choose to remember 1996, when he was a 20-year-old hitting .358 and spraying doubles and home runs all over the Kingdome and he had the potential to be one of the best there ever was. He got there, but at what price? -- David Schoenfield