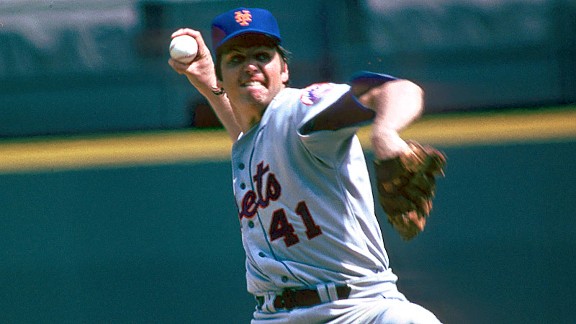 What does it take to get the highest percentage of Hall of Fame votes in history? A fierce competitive streak.

Seaver, whose 98.84 percent in 1992 bests the likes of Mays and Ruth, was so miffed at losing the 1971 Cy Young Award that he named his housecat after the winner: Ferguson Jenkins. (Jenkins snuck into the Hall in 1991 with the second-lowest percentage in history.) -- Steve Wulf