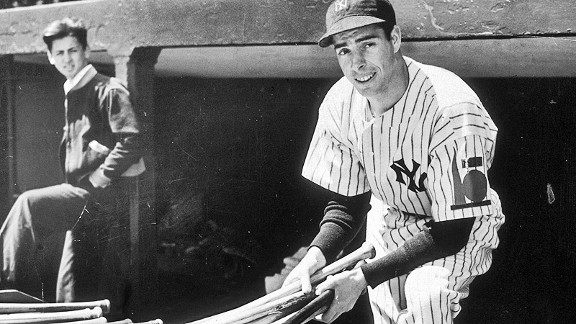 The Yankee Clipper was married to Marilyn Monroe and immortalized in "The Old Man and the Sea" and Simon & Garfunkel's "Mrs. Robinson." He became part of popular culture in a way that few other athletes have.

"If you said to God, 'Create someone who was what a baseball player should be,' God would have created Joe DiMaggio," Tommy Lasorda once said. "And He did." -- Jerry Crasnick