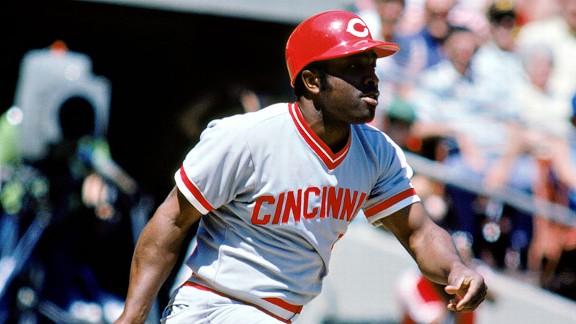 The 1964 Houston Colt .45s lost 96 games, but they did have two Hall of Fame second basemen. The one going was Nellie Fox, and the one coming was Joe Morgan.

Fox first suggested to Morgan that he flap his right arm like a chicken in his stance to keep his elbows high -- a reminder that Morgan used until his retirement in 1984. Now they're in the same wing of Cooperstown. -- Steve Wulf