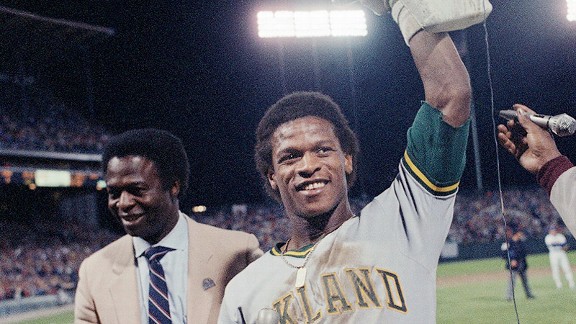 Rickey once missed a game because of frostbite in August, finished the home run trot that gave him the career record for runs by sliding into home and allegedly didn't cash a $100,000 paycheck so he could frame it instead.

If you did all that and scored more runs and stole more bases than anyone else, you would refer to yourself in the third person, too. --Jim Caple