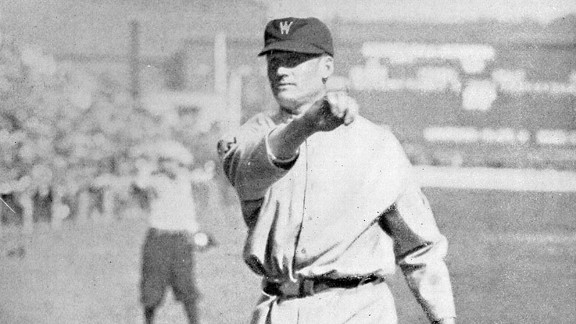 Some say Johnson possessed the fastest fastball of all time. Some say he was the merely the first to throw hard every pitch.

He won 417 games and in 1913 went 36-7 with a 1.14 ERA and 11 shutouts. His greatest moment came when, at age 36, his Senators finally reached the World Series. After losing twice, he entered Game 7 in the ninth and pitched four scoreless innings for the W. -- David Schoenfield