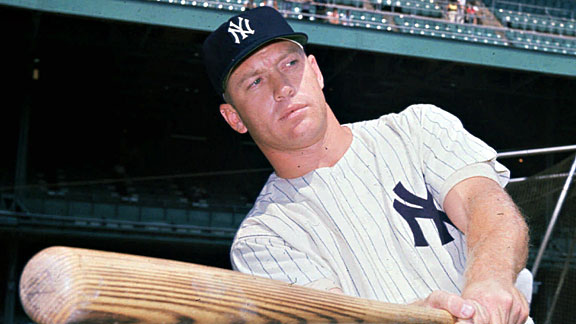 Named after Hall of Fame catcher Mickey Cochrane, Mantle hit home runs as far as Babe Ruth from both sides of the plate and when young could run like the wind.

He won three MVP Awards and could have won more. He drank too much and his knees went bad, but there's still only one Mick. "All I had was natural ability," he once said. There's no doubt Mantle was born to play ball. --David Schoenfield