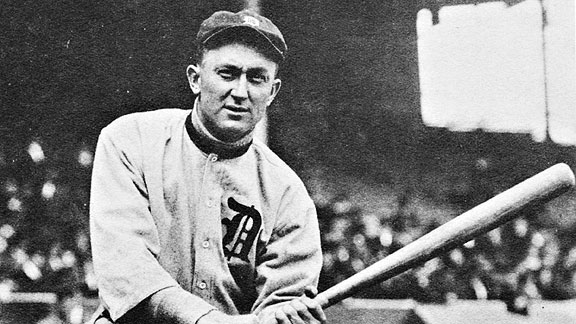 While he won't win any "Good Guy" awards, Cobb was one of baseball's greatest, winning 11 batting titles, stealing 897 bases and finishing with a record .366 average.

He was so respected as a player that Cobb received more Hall of Fame votes than Babe Ruth. And he was so disliked as a person that biographer Al Stump said only three people from baseball showed at his funeral. --Jim Caple