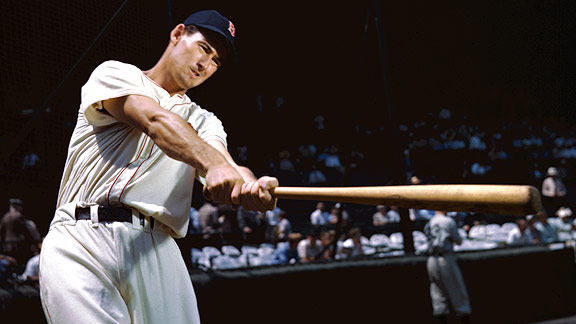 The Splendid Splinter carried a bat to class in high school and once proclaimed, "A man has to have goals … and that was mine, to have people say, 'There goes Ted Williams, the greatest hitter who ever lived.'"

He won six batting titles, led his league 12 times in OBP and nine times in slugging percentage. At 41, he hit .316 and slugged .645. That goal just may have come true. --David Schoenfield