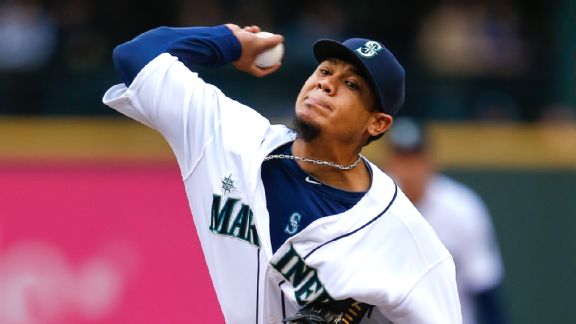 The Mariners haven't advanced to the postseason since 2001, but don't fault Hernandez, who's been among the AL's most dominant starting pitchers.