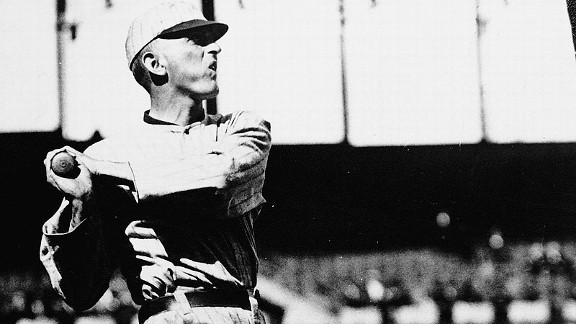 It is Shoeless Joe's tragedy to be known more for his place in the infamous "Black Sox" conspiracy to throw the 1919 World Series, leading to his banishment from baseball. He's still on baseball's ineligible list.

Babe Ruth said he copied Jackson's stroke at the plate, feeding expectations of what he might have done if he'd gotten to play in the 1920s.