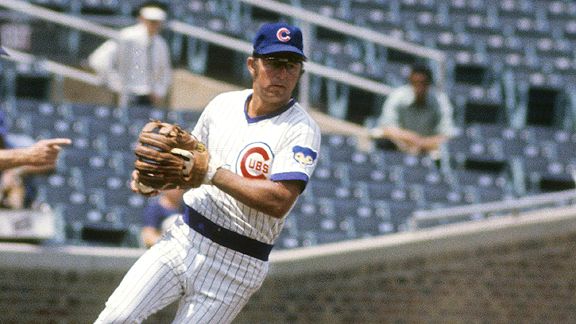 It took way too long for Santo to make it to Cooperstown, and his place on this list is evidence of that. He led the league in walks four times, had eight straight 90-RBI seasons and won five Gold Glove awards.

His incredible numbers are even more impressive when you consider that he was diabetic and had to manage the disease during most of his career.