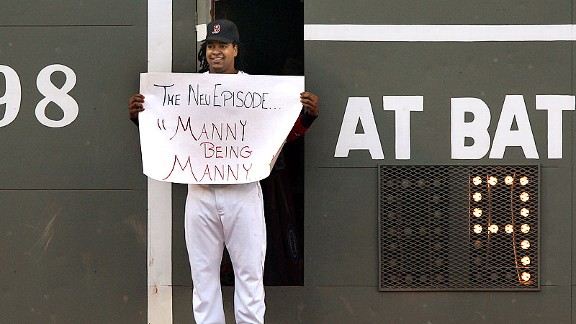 There was never a dull moment with the always-entertaining Ramirez. One of the greatest right-handed hitters of his era, the enigmatic slugger who once disappeared into the Green Monster for an impromptu bathroom break belted 555 home runs, drove in 1,831 runs and batted .312 over 19 seasons.

He won two World Series rings during his seven seasons in Boston.