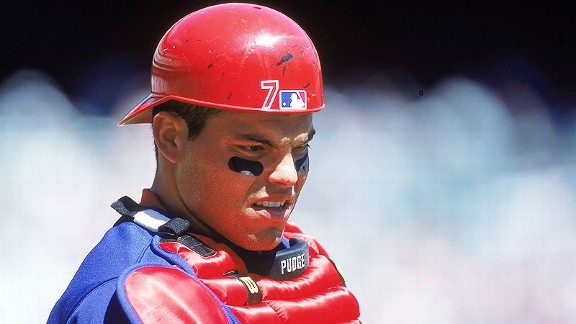 Began his career with Texas at the age of 19. He was a 14-time All-Star and a 13-time Gold Glove winner. Played 21 seasons in the majors and finished with a 46 percent caught-stealing rate.

"Pudge" played parts of 13 seasons with the Rangers but won a World Series while a member of the 2003 Marlins.