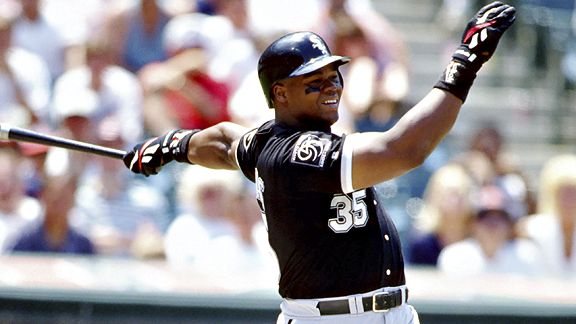 Known for his imposing figure, the "Big Hurt" drove in and scored more than 100 runs and drew better than 100 walks in each of his first eight full seasons in the majors. He also led the American League in OPS in three of his first four full seasons.