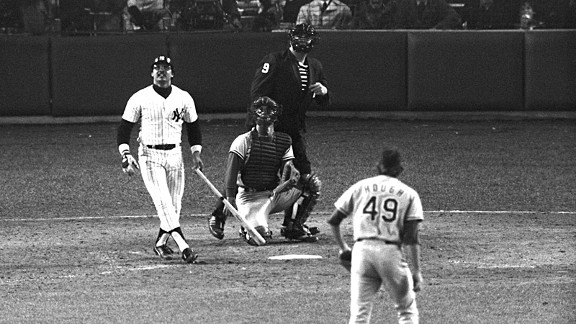 He talked the talk and walked the walk, and relished his ability to rile people up with his brashness. "Fans don't boo nobodies," he famously quipped.

Jackson shined when it mattered most, hitting 18 homers in 77 postseason games, and his 563 career jacks were 30 more than anyone hit while he was active.