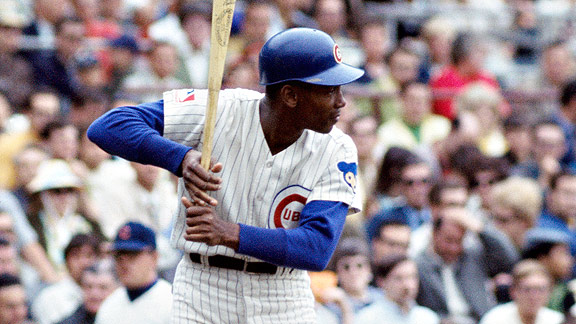 Mr. Cub was the first black player to ever suit up for the club, and is beloved for his incredible play (512 career homers) and carefree demeanor.

And although he never got to experience the World Series -- and Chicago finished higher than third only twice in his career -- his "Let's play two" catchphrase suggests the losing never got to him.