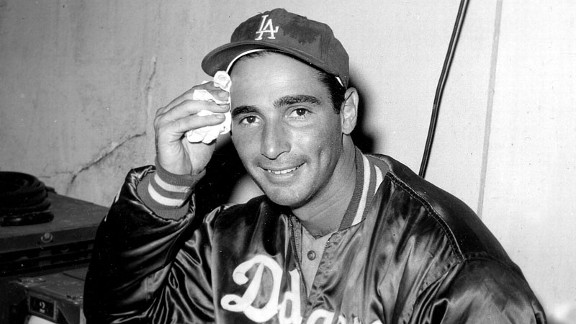 Any wonder Willie Stargell once said this about Koufax? "Trying to hit him was like trying to drink coffee with a fork."