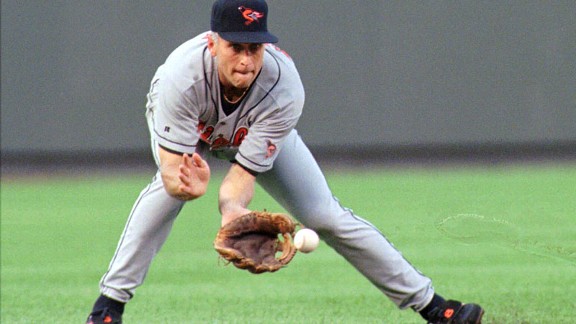 You know about the consecutive-games streak: 2,632. The man just didn't take a day off. But did you know that for five-plus seasons, he didn't take a pitch off? He played through 8,243 straight innings.

But the streaks shouldn't overshadow the caliber of his play. At 6-foot-4 and well over 200 pounds, he redefined the shortstop position by bringing size and power (431 HR, 1,695 RBIs) to the middle infield without sacrificing defense.