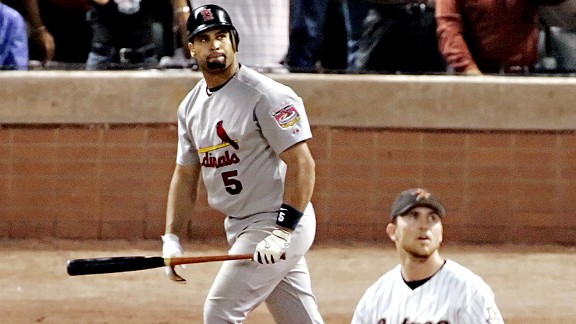 Career: 2001-, Cardinals, Angels
Fun fact: He and Miguel Cabrera are only Hall of 100 members to debut this century.

He's close to being among the five greatest hitters ever, passing Lou Gehrig as the greatest first baseman, and hitting 700 homers. One more MVP and he joins Barry Bonds as the only players with more than three. -- Tim Kurkjian