Big Baby All Grown Up

When Glen Davis emerged from the locker room area at the Celtics' practice facility Monday, the conversation was light, centering on the Louisiana native's emotions after the New Orleans Saints topped the Indianapolis Colts in Super Bowl XLIV the day before.

And while Davis offered a couple, "Who Dat," and spoke at length about what it means for his home state to have the Saints bring home a world title, Davis soon turned introspective and spent much of the session chatting about his own trying season.

As Davis and the Celtics trekked to New Orleans in advance of Wednesday's game against the Hornets, Davis found himself at the center of trade speculation after league sources told ESPN's Chris Broussard that Boston had talked with the Bobcats about a potential swap that would include sending Davis to Charlotte for point guard D.J. Augustin.

For Davis, it's the latest headline in a season dotted with missteps. He missed the first 27 games of the season after an off-court altercation left him with a fractured right thumb. Since his return, he's been in the spotlight more for nickname swaps ("Uno Uno") and obscene outbursts (fined $25,000 by the NBA for an incident with a fan in Detroit) than his on-court production.

Davis, who averaged 15.8 points, 5.6 rebounds, and 1.8 assists while filling in for injured Kevin Garnett during the 2009 playoffs, had lofty expectations assigned to him. 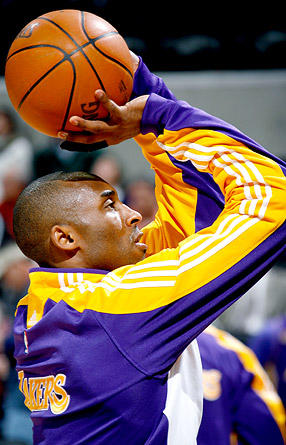 After missing the past two games, the bruised and battered Kobe Bryant may play Wednesday.

• The Hornets are just 2-4 since losing Chris Paul to a knee injury and are losing ground in the Western Conference standings. New Orleans currently is 27-25 and two games behind Portland for the final West playoff spot.

• Vince Carter is coming off his best performance of the season, scoring 48 points in a win over New Orleans on Monday. Carter has struggled for much of his first season in Orlando but recently has picked his game up. His strong play has come directly after a visit from his old Nets coach, Lawrence Frank. Frank visited with Carter and the Magic on Feb. 2 and since, Carter has scored 20-plus points in three of four games.