The Next Hornets Draft Steal?

New Orleans first-round draft pick Craig Brackins struggled Sunday, but the breadth of his game still holds appeal. He can do a little bit of everything, which, judging from his indecisiveness on the floor, might be the problem here in Las Vegas. Because he was dealt from Oklahoma City -- a deal that wasn't official until last week -- Brackins had only one practice before taking the floor for the Hornets squad.

"Craig has an NBA skill set as an offensive player: his ability to shoot the ball, his ability to face the basket and be effective, outstanding athletic ability, lateral mobility," Hornets general manager Jeff Bower said. "These are all traits we think will allow him to be successful. The thing with young players is, the quicker they can find a source of confidence in one aspect of their game, the quicker they become a factor."

According to Bower, scoring the ball from midrange and working the offensive glass are where Brackins can begin to build that confidence. "In these first experiences, focus on your strengths, get them established, feel good about them, understand your environment, then we'll address areas of the game we feel can be expanded."

• Read the rest from Arnovitz on Day 3 at Las Vegas Summer League. 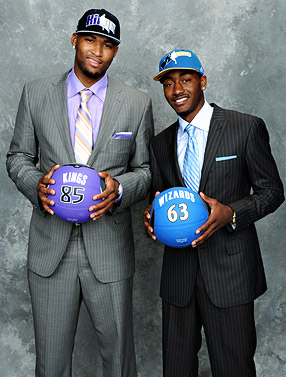 Before Gilbert, There Was Cuban

Scoffing at media criticism of Gilbert for a highly personal attack against James that was posted on the Cavs' website soon after James' announcement, Cuban wrote in an email to ESPNDallas.com: