Who, you ask, is this Kane Fitzgerald?

He is an 29-year-old NBA referee beginning his second full season who pulled out his best Shag Crawford imitation and gave a quick pair of technical fouls (from 30 feet away) and a full-armed heave-ho to Kevin Garnett in the second quarter of Boston's 104-101 victory -- the latest instance of a referee following the letter of the law and showing zero tolerance as part of the NBA's leaguewide crackdown against griping about or showing physical displeasure with calls.

Garnett has always been one of the league's more vocal and demonstrative complainers, and what set him off this time was a technical foul handed to teammate Jermaine O'Neal after O'Neal mildly questioned a foul call levied against him by Zach Zarba.

Zarba quickly hit O'Neal with a tech, and Garnett drew his pair of technicals seconds later for letting the refereeing crew know how ridiculous he thought O'Neal's tech was. So with Jermaine O'Neal in foul trouble, Shaquille O'Neal (hip arthritis) and Glen Davis (sore left knee) sitting out and Garnett ejected, Amare Stoudemire found himself being guarded by the likes of Marquis Daniels and Luke Harangody as he scored 16 of his 30 points in the third quarter before sitting out the fourth.

• Click here to read the rest from Sheridan at ESPNNewYork.com.

Yes, things look pretty bad in Philly right now, but it's not quite as bad as it appears.

That's easy for me to say; you'll pardon Sixers fans for not seeing the glass as half-full. The team won 27 games last season, is capped out this year and made no major alterations. Plus, it won't have significant cap space until 2013 thanks to Elton Brand's $90 million stinker of a contract. But cheer up: The Sixers just hired the builder of a 12-70 team to run the franchise.

• Click here to read the rest of Hollinger's outlook, projections. 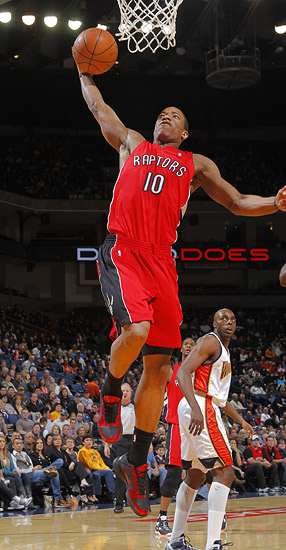 Is this the season Rajon Rondo becomes a top-five fantasy point guard?

Well if you ask Rondo, there's no need for speculation. He'll tell you that he's already the best point guard in the NBA. Whether or not he becomes a top-five fantasy point guard is a trickier question. But if your league counts "Chutzpah," he'll be top two with a bullet.

The No. 1 and 2 spots in any fantasy point guard rankings are clearly occupied by Chris Paul and Deron Williams. Case closed. After that, it gets murky. There is a rich, deep stew made up of Stephen Curry, Steve Nash, Tyreke Evans, Jason Kidd and Rondo. It comes down to this: Will Rondo be better than at least two of these guys?

If age and injury rank among your chief draft day concerns, the answer to the above question is "yes." Nash and Kidd could average 10 dimes a night but are entering the "living history" era of their careers (think the final seasons of John Stockton) and could end up on the disabled list at the slip of a disk. On the other hand, Russell Westbrook or John Wall could suddenly put it all together ahead of schedule and vault into the top five. For now, let's stash away these arguments and focus on hard numbers.

• Click here to read the rest of Tardy's outlook.