Question: Are the Miami Heat really the team to beat in the East?

Chris Broussard: I really like what the Boston Celtics did this summer to strengthen their bench, and it's a good assumption that Rajon Rondo's improvement will continue. But all that said, I'm still picking the Miami Heat to win the East.

Ric Bucher: The hype about Miami is off the charts, so I can understand why anyone would be sucked into the South Beach vortex. But when we get back to the elements that actually win titles, the Celtics will loom over everyone again, as they have for the past three years. No doubt every team wants to beat the Heat -- badly. But that's not because they're considered the most invincible, it's because they, like you, are acting as if they're the team to beat. It's a bit obnoxious, particularly considering what LeBron James and Chris Bosh did -- or didn't do -- the last time we saw them in meaningful games.

It's pretty simple: The Celtics retained the nucleus that went to the wire with the defending champions and added depth and versatility to their bench. The rest of the Eastern Conference sees the Heat's title-contending ability right now as a possibility. The Celtics' championship worthiness is fact.

• Click here to read the rest of Broussard and Bucher's debate.

Arenas' Time Running Out In Washington?

• Excellent midrange shooter with size, strength to play over top of most defenses.
• Handles ball like a point guard but lacks quick burst to penetrate and create.
• Uses size effectively on D; one of league's most durable and consistent players.

If I were to describe Johnson in one word, it would be "reliability." It's not that he can go off for 40 points -- something he's accomplished only once in the past four seasons -- but rather that he nearly always gets 20. He never turns the ball over, he never gets hurt, and he can seemingly play 40 minutes night after night without any sign of fatigue.

The same applies to his defense -- he guards quick guards one night and big wings the next, and while he's not a shutdown defender by any means, he uses his size very effectively by making opponents play over the top of him.

Johnson's rates of free throws and assists both declined sharply, which normally would tell you that he got to the basket less. But in his case, he actually shot more at the rim than he did in any of his previous three seasons with the Hawks, taking more than a third of his shots in the basket area. That helped lift his shooting to 45.8 percent for the season, saving the rest of his stat line in the process.

• Click here to read the rest of Hollinger's player projections for the Hawks. 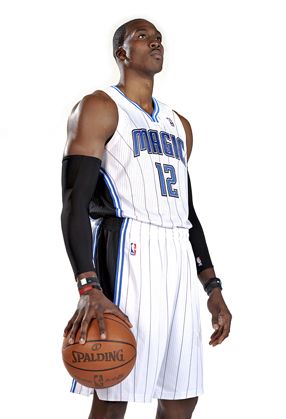 Dwight Howard is trying to make an attitude adjustment this season. Around The Horn

The Larry Brown experience has a predictable trajectory: He'll build his team up until the point that his neuroses and erratic personnel choices wear it down. By then, he's on to his next job and the team he left has to pick up the pieces.

If the Bobcats are on the same flight plan, and it appears they are, last season looks like the peak. By letting Larry call the shots on personnel in addition to those on the sideline, the Cats are in danger of becoming capped out, old and hopeless faster than you can say "Ajinca."

But here's the thing: Along the way, Brown takes you for quite a ride. The Bobcats' journey on the Larrycoaster lifted them to 44 wins, with Brown somehow eliciting the franchise's first-ever playoff berth from a deeply flawed team.

While the Bobcats were blown to smithereens by Orlando in the first round, last season was huge from a franchise-building perspective. In the first year after the bumbling ownership of Robert Johnson gave way to Michael Jordan, the franchise took its first, cautious steps toward respectability. With that came some actual ticket sales and, it's hoped, enough revenue that the Bobcats will stop being so cheap in the future.

• Read the rest of Hollinger's projections. 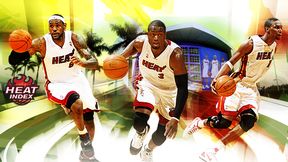