Who's better: Knicks or Nets?

We can sit here from now until opening night debating which team has the better roster.

Does Brooklyn's advantage in the backcourt outweigh New York's edge in the frontcourt? What about the benches?

There's one difference between the two teams that's indisputable: The Knicks have already been together for a year, while the Nets have not.

New York has had a chance to develop on- and off-court chemistry and knows what it takes to win in the regular season. That's something the Nets will have to develop throughout the year.

One of the key factors in developing chemistry -- and ultimately, winning basketball games, players say -- is time shared on the court together.

That's why you have to give New York the edge over Brooklyn.

The Knicks' Big Three of Carmelo Anthony, Tyson Chandler and Amare Stoudemire has been together for a full season. While he played just 35 games last season, Jeremy Lin was with the Knicks for the majority of the year and knows what to expect.

The Knicks' additions -- Marcus Camby and Jason Kidd -- have played a combined 34 seasons in the NBA.

With the Nets, it's almost the complete opposite. Deron Williams and center Brook Lopez have barely played together during Williams' Nets tenure. Same goes for the trio of Williams, Gerald Wallace and Lopez -- and the backcourt of Williams and Joe Johnson.

Game experience is something the Knicks already have.

Which is one reason -- and an important one -- why the Knicks are the better team.

IN A WORD, D-WILL

The Nets are better than the Knicks for one reason and one reason only: the best point guard in the East River rivalry plays in Brooklyn.

Jeremy Lin was a tremendous story for two weeks last season, but he is coming off knee surgery. Jason Kidd, despite being one of the greatest floor generals of all time, isn't getting any younger.

Meanwhile, Deron Williams is entering the prime of his career and will be teaming with arguably the most talented collection of scorers he has ever played with.

During his time with the Nets, Williams has never played with Brook Lopez and Gerald Wallace in the same game. Now, he is going to be playing with both of them -- as well as the best backcourt mate he has ever had, six-time All-Star Joe Johnson.

Carmelo Anthony may be a nearly unstoppable scorer, but he doesn't make his teammates better. Williams does. And he'll have plenty of weapons at his disposal.

Think about it. Had former Knicks GM Donnie Walsh known Williams was available, he would have gone after him -- not Melo.

It's going to take time for the Nets to jell together since they have so many new faces, and they're going to have to step it up defensively. But when it all comes down to it, the Nets have the best point guard in the rivalry in D-Will, and he will give them the edge. 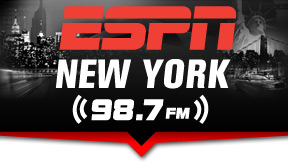