Locker's climb won't be as steep

In judging NFL teams against the expectations we helped set with all we wrote before the draft, Jake Locker was a reach. But Christian Ponder was an even bigger reach.

That's not what is important. If you are quarterback-desperate and find yourself in position to get one you love, you do what's within reason to make the move. And the Tennessee Titans and Minnesota Vikings, in my estimation, didn't go beyond reason.

So who stands to make a bigger impact in 2011? This could change based on what kind of veteran quarterback ends up with the Titans or Vikings, but I see three reasons to say Locker.

• Health: I don't want to feed the Ponder-is-injury-prone storyline. He gets a clean slate. But Locker had 40 starts to Ponder's 24 in college, and for all the breakdowns we've heard from scouts and I've heard from analysts, Ponder's NFL durability is one of his issues coming into the league. Locker's is not.

• Competition: Nobody gets an easy road, but if they are playing, Locker will be facing a much easier division. The Colts will be a prime contender in the AFC again. It's unlikely the Jaguars or Texans are exceptionally threatening. Meanwhile, Ponder will be on the division's worst team, facing the teams that played in the last NFC Championship Game and the Detroit Lions, who will be ranked by many (including me) as breakout candidates.

• Replacement value: Locker's environment is more suited for success. He's replacing a failed quarterback who lacked leadership qualities and work ethic. Ponder is replacing a legend. As complicated as Brett Favre could make things, players following an all-time great in the heat of the moment wasn't an issue. No matter how well Ponder starts out, his teammates won't find anything similar. Locker's fellow Titans, meanwhile, will rally around the anti-Vince Young in all sorts of ways. Locker brings qualities the franchise has been craving.

They'd both be better served not to play much as rookies. The winner of this debate doesn't have to be great in his chances, he's just got to make more of an impact than the other guy, right?

I bet that if you had asked the Vikings this question before the Titans made their pick on April 28, they'd have said Locker too.

Before and after the draft, dramatic disparity has carried the debate about the future of Minnesota Vikings quarterback Christian Ponder. The Vikings obviously viewed him as a mid-first-round pick. Many media analysts, including Scouts Inc., considered him a second-round value.

And I know of at least one NFL team that removed him from its draft board because of his injury history.

But on the question of 2011 impact, Ponder has a significant head start on Jake Locker and the Tennessee Titans.

An All-Pro running back will line up behind each -- Adrian Peterson for Ponder and Chris Johnson for Locker -- but the Vikings will give Ponder more tools in the passing game. Receiver Percy Harvin can be a confused rookie's best friend, able to turn a short outlet pass into a 15-yard gain. Sidney Rice, who is a free agent but could return, is arguably the best jump-ball receiver in the game. Just throw the ball his way, and chances are Rice will find a way to come down with it.

The Vikings also have two strong pass-catching tight ends, veteran Visanthe Shiancoe and rookie Kyle Rudolph. And don't forget that Peterson has significantly elevated his production in the passing game over the past two seasons, catching 79 passes over that stretch.

Finally, Ponder has the mental acuity and experience to make a quick adjustment. He played in a pro-style offense at Florida State and has said some of the Vikings' terminology is similar. Ponder was unquestionably one of the smartest quarterbacks in the country last season.

He graduated from Florida State in less than three years, earned an MBA in 2009 and was working on a second post-graduate degree last season. He scored a 36 on his Wonderlic test at the scouting combine and should have no trouble grasping the mental side of the NFL game.

"All [rookie quarterbacks] are going to have some things to work on," Vikings vice president Rick Spielman said. "But we felt he was NFL-ready."

The level of Ponder's ceiling as an NFL quarterback is up for debate. His potential for a quick adjustment, however, is not. 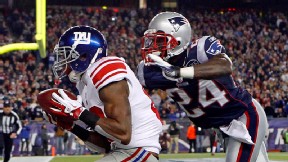