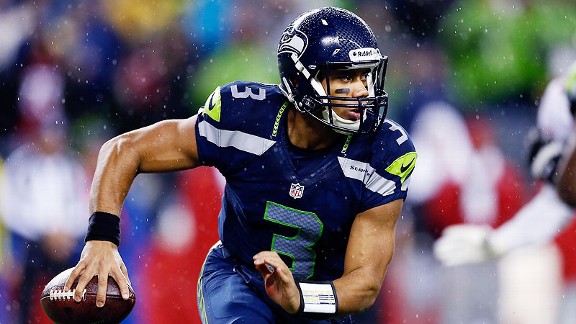 Adam
Schefter
ESPN.com
DIVISION FINISH: 1  The 12th man gives Seattle an advantage when it already has so many advantages.

Ashley
Fox
ESPN.com
DIVISION FINISH: 1  Last season was no fluke. This team will be a contender.

Five things you need to know about the Seahawks:

1. They have captured the heart of this city: This city is in a total Seahawks frenzy. No sports franchise in the history of Seattle has ever entered the season with higher expectations than this one. That, of course, is a double-edged sword and could cause a young team to stumble. But this is an enormously confident group of players who believe in one another and their coaches.

2. Russell Wilson is the real deal: Some people believe Wilson is headed for a sophomore slump following his sensational rookie season. Don't believe it. Wilson is an exceptionally gifted athlete, along with the hardest-working player on the team. Wilson is one of those rare individuals who comes along once in a generation. He's small (5-11), as so many people have pointed out countless time, but Wilson has all the intangible qualities that you can't teach. He's a winner and a high-character guy who makes everyone around him better. His teammates believe in him, and that's half the battle.

3. The Legion of Boom deserves its moniker: Big, fast and physical, the four men of the Seahawks' secondary make up the best defensive backfield in the NFL. And the one guy who isn't big, 5-foot-10 free safety Earl Thomas, is the best of the group. Richard Sherman (6-3) and Brandon Browner (6-4) are physical corners who play press coverage and will gamble at times, knowing they have such talented safeties behind them. Kam Chancellor (6-3, 232) has linebacker size and receiver speed at the strong safety spot. He's considered the hardest hitter of the bunch. And two or three of the players who back them up could start for most NFL teams.

4. Rushing the passer: This was a key area of concern after last season and remains a question mark for the Seahawks. Seattle brought in 11 new defensive lineman for camp to try to improve its play on the defensive front. Defensive end Chris Clemons, who has averaged 11.2 sacks the past three seasons, is coming off ACL surgery in the offseason and hasn't played in the preseason. Defensive end/outside linebacker Bruce Irvin is suspended for the first four games for PEDs. But the Seahawks signed veteran defensive ends Cliff Avril and Michael Bennett, along with defensive tackle Tony McDaniel, to bolster the line. They also added rookie draft picks Jordan Hill and Jesse Williams for the interior line spots to help make up for the loss of Alan Branch in free agency.

5. Waiting on Percy Harvin: The biggest disappointment of the preseason was losing receiver Percy Harvin to hip surgery for a torn labrum. Harvin was acquired in an offseason trade with Minnesota as the one missing piece to the Seahawks' offense, a big-play receiver who would give Wilson the consistent deep threat he needed and an explosive player capable of changing a game at any moment. Those plans will have to wait. Harvin, who signed a six-year, $67 million contract ($25.5 million guaranteed), has a probable four-month recovery and won't return until late November or early December. Meanwhile, the Seahawks will have to get it done with what some experts consider an average receiving corps.

After adding the option to the rushing attack last season, the Seahawks were one of the toughest teams to stop on the ground.

Usually known for his tough running, Marshawn Lynch averaged 3 more yards per rush on option plays last season, with 2.8 yards of that increase coming before first contact. QB Russell Wilson was the catalyst, keeping the ball on 19 option rushes for 160 yards and two touchdowns.

Although Percy Harvin is expected to miss significant time after hip surgery, don't sleep on his potential impact on the zone-read option down the stretch. Harvin has more than 500 career yards when lined up in the backfield, including 6.1 yards per touch.

• Cliff Avril totaled 16.5 sacks when part of a four-man pass rush the last two seasons while with the Lions. The Seahawks struggled with such pressure down the stretch last season, recording two sacks after Week 14 (zero against Atlanta in postseason).

• The Seahawks added corner Antoine Winfield in the offseason while returning all four secondary starters from last season. The Seahawks have an NFL-high 14 interceptions on passes more than 10 yards downfield and outside the painted numbers the last two seasons. 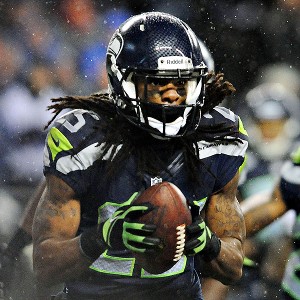 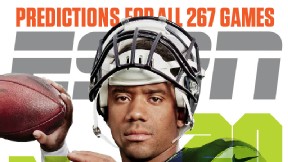 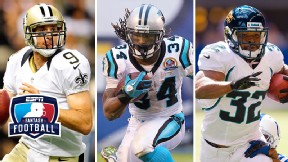