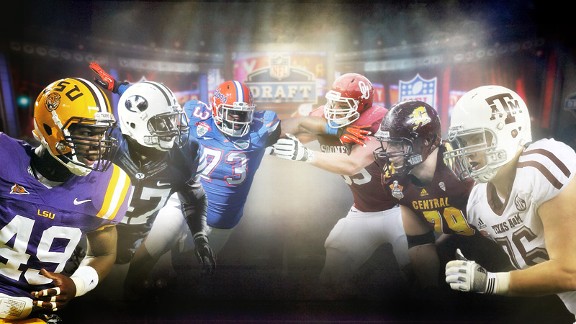 Each year, ESPN's Mel Kiper Jr. and Todd McShay provide their expert analysis in formulating NFL mock drafts. The NFL mock drafts are a projection of where Kiper Jr. and McShay believe a player will be selected in the upcoming NFL draft, not where they believe a player ranks among the available selections. Mel Kiper Jr. has served as expert analyst for ESPN's annual NFL Draft coverage since 1984. Todd McShay joined ESPN in 2006 as a football analyst, providing in-depth scouting information on college football players across the country, including the nation's top NFL Draft prospects.

How has your team drafted in previous years? View the history of the draft dating to 1967. 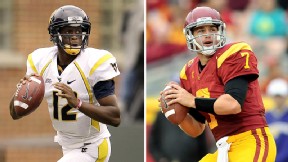 Mel Kiper's final first-round projection has a surprise or two. Where are the QBs?!
Mel Kiper Jr. 2013 NFL Mock Draft