Up in arms over Usain Bolt's new deal

The fastest man in the world has a new deal.

German apparel company Puma extended its endorsement deal with Usain Bolt through 2013, as the track and field star will don the gear on the biggest stage, the 2012 London Olympics.

"We've been partners in the truest sense of the word since day one, and so it's an easy decision to re-sign with them," Bolt said in a release. "Puma gets me; we fit together. They take the business of running seriously, but we also know how to have fun, to be spontaneous. We both bring a lot of personality to the sport."

So, Tuesday's news put us in a celebratory move (literally). Here's a look at the pose seen 'round the world (and we're not looking for a cut, Puma; maybe just a pair of those fan foams!): 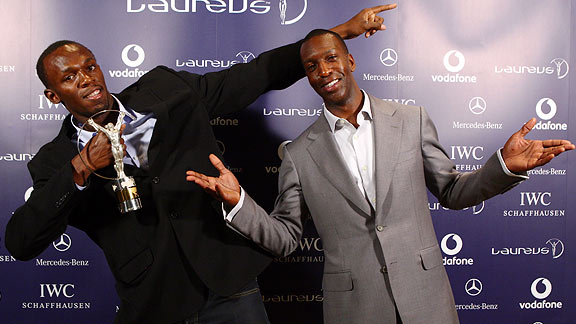 BERLIN! Even mascots can't resist. (Disclaimer: We question the overall existence of mascots, in general. Carrie Bradshaw once said, "Nothing's scarier than a clown." We believe the same applies to mascots. What are they hiding?) 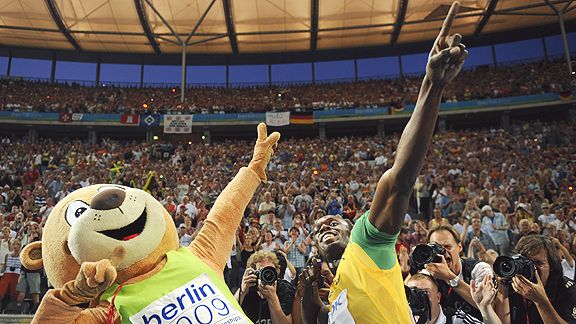 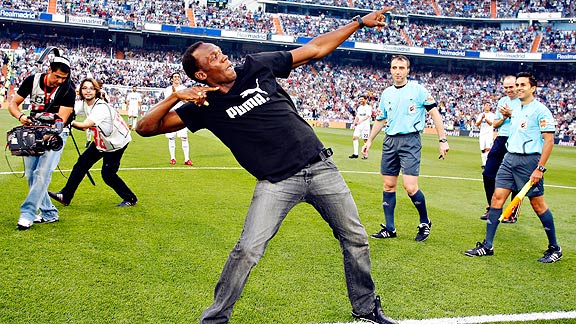 BOSTON! Take him out to the ballgame ... Bolt was just under two months old when the ball went through Bill Buckner's legs. 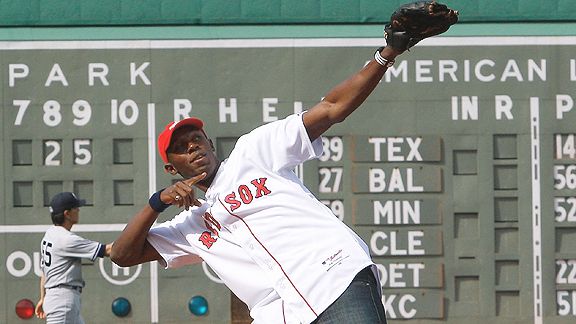 PARIS! Bolt spins a few tunes and plays up to the crowd at the "Jamaica Party" this past July. 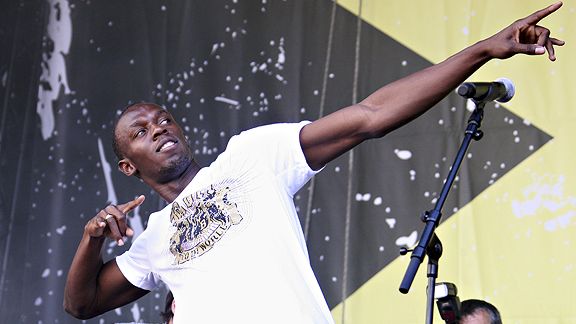 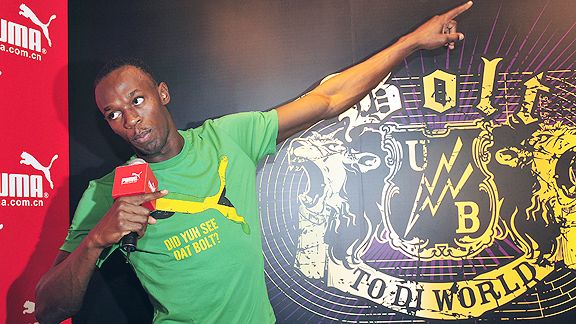 BACK TO BERLIN! ESPN's offices are located in Bristol, CT. Thanks! 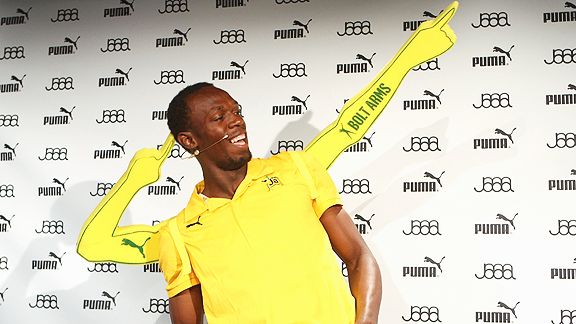 Check out Bonnie D. Ford, Jim Caple and the rest of our ESPN.com crew have to say in our Olympic Sports blog.