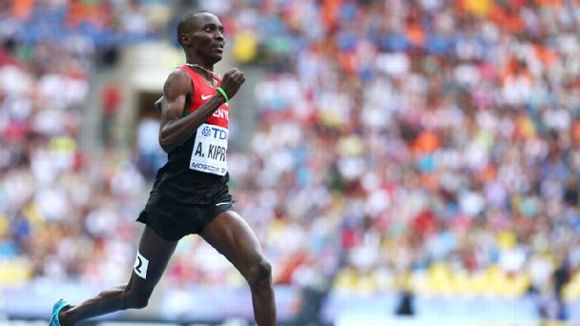 DOHA, Qatar -- Two-time 1,500-meter world champion Asbel Kiprop said Wednesday he feels personally offended by his name being linked in the media with doping after Kenya's athletics federation suspended the management company that represents him.

Italy-based Rosa & Associati was one of two European athlete management companies to be suspended in April from working in Kenya for six months pending an investigation into alleged doping.

Rosa also managed drug cheats Rita Jeptoo and Mathew Kisorio. But both companies were suspended before an investigation and without any evidence against them being presented by Kenya's athletics federation or other authorities.

That was "not a good move," Kiprop said, because it cast doubts over the credibility of other, clean athletes connected to the agencies.

"The athletes working under Rosa management, I am included," Kiprop said. "And I'm thinking, what is the world thinking about me? They might be thinking, `OK he is suspicious'.

"When you read an article that says that Rosa manages the likes of Asbel Kiprop, you find my name there, then I feel offended to read my name under an issue like that."

Kenyan authorities have said foreign management companies are partly to blame for the country's recent spike in doping cases, with nearly 40 athletes failing doping tests in the past few years.

High-profile marathon runner Jeptoo was banned for two years in January for testing positive for EPO in an out-of-competition test in Kenya. The IAAF wants Jeptoo's ban increased to four years because of "aggravating circumstances," according to an appeal by the world athletics body to the Court of Arbitration for Sport.

The other agency to be suspended is Volare Sports of the Netherlands, which represents top male marathoners Dennis Kimetto and Wilson Kipsang.

Neither athlete has been accused of doping offenses.

Kenyan authorities and the federation have struggled to uncover the cause for the rise in cases.

Kiprop said as far as he knew the investigations into Rosa and Volare announced by Athletics Kenya last month hadn't progressed.

"The thing is, we're waiting to know when are they going to take this action?" Kiprop said.

Johnson-Thompson pulls out of Hypo Meeting with injury 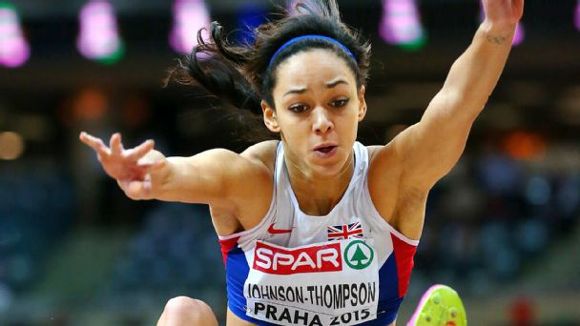 LONDON -- European indoor pentathlon champion Katarina Johnson-Thompson has pulled out of this month's prestigious Hypo Meeting in Gotzis, Austria, because of a knee injury.

The 22-year-old British heptathlete was injured following her European title in Prague in March, and has not recovered sufficiently to compete in the combined events meet in Gotzis from May 30-31.

Johnson-Thompson finished second in a 200-meter hurdles race at the Great City Games in Manchester on Saturday. But her coach, Mike Holmes, said on Tuesday that "much of the preparation necessary to compete across all events has been lost."

Holmes says the athlete's focus will be on the world championships in Beijing in August.

Johnson-Thompson has established herself as the world's top heptathlete over the past 12 months, winning in Gotzis last year.