The World Cup is up for grabs 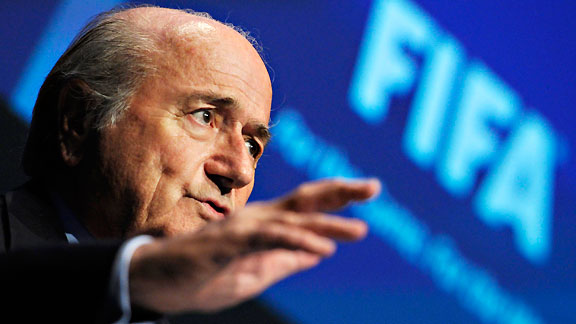 AP Photo/Steffen SchmidtSepp Blatter doesn't want politics to taint the beautiful game. But why does FIFA turn the bidding for the World Cup into a game of politics?

The countdown is on.

The World Cup 2018 and 2022 hosts will be unveiled in Zurich on Thursday (you can watch the announcement on ESPN3 at 10 a.m. ET), capping the most scandalous bidding process ever for one of the globe's biggest events. England and the U.S., once the respective favorites for 2018 and 2022 are now playing catch-up. If the British bookies are correct, that is.

ESPN.com takes a closer look at the favorites to land the World Cup and how their bids are looking right now.

Pros: Infrastructure. Everything is in place, including all 18 proposed stadiums. Despite the large landmass, transport links aren't a problem. The U.S. hosted one of the most successful World Cups in 1994; with 5 million tickets forecast to be sold in 2022, another fruitful tournament would be in the cards.

The U.S. is probably the No. 1 market for sports sponsorship, and a study commissioned by FIFA suggests that holding the World Cup in the U.S. would bring in the most revenue among 2022 contenders. How can the governing body ignore that?

Cons: A lack of government backing. "The necessary government support has not been documented," FIFA wrote in its evaluation report this month. FIFA's executive committee members, in line with controversial president Sepp Blatter, may new pastures.

Verdict: The bid is solid. However, logic and FIFA don't mix. The likes of Bill Clinton, Morgan Freeman and Landon Donovan, part of the U.S. contingent, must be persuasive in Zurich. The U.S. presents its bid Wednesday.


Pros: The wow factor. Qatar plans to build nine state-of-the-art stadiums. FIFA gushed about the bid's "novel approach to event operations and legacy." The stadiums intend to incorporate advanced cooling technologies to counter the oppressive heat, and after the World Cup, parts would be used to build 22 arenas in developing nations. And the time zone isn't a problem for the crucial European market.

Cons: Only three stadiums are actually built, and they need renovating. Qatar's diminutive size means most venues are located within a 38-mile radius, so teams might need to share facilities. Not desirable. Average temperatures in June and July can top 105 degrees. What's more, projected revenue doesn't match that of the U.S. And Qatar's soccer team is ranked 113th in the world, by far the worst of any team involved in the process.

Verdict: The World Cup has never been staged in the Middle East, which helps. So does the support of Zinedine Zidane, one of the best players of all time. But think of the conditions. Even if the technology works, most fans will be indoors when there are no games instead of spilling out onto the streets and mingling -- and, of course, buying FIFA merchandise and supporting local businesses.


Pros: Like the U.S., infrastructure. Nine of 12 stadiums exist. No overhauls required. Australia loves its sports, successfully hosting the Olympics, Commonwealth Games, rugby and cricket tournaments. And the A-League is firmly established.

Cons: Geography. The time zone is a negative for Europe and the U.S. That, in turn, could lead to reduced TV revenue and thus commercial revenue from Europe and the Americas, FIFA claims. "The income from Asia/Oceania would need to be increased substantially to offset the likelihood of loss of revenue in Europe," FIFA said.

Verdict:The World Cup heading to Oceania would be a first. The U.S. and Australia possess the reliable bids. If it's between the two, though, the U.S. should have the edge based on cash and location.


Pros: If Blatter had his way, you'd imagine Russia getting the nod. It's another corner -- or chunk, in this case -- of the world that has never landed the Cup. Blatter finally brought the showpiece to Africa. Russia has the cash to get things done.

Cons: FIFA wasn't significantly impressed with train and air travel within the country, concerns due to Russia's size. Hotel costs, it said, are too high, information and communications technology "have to be upgraded" and a whopping 13 of 16 stadiums need to be built. Prime Minister Vladimir Putin, instrumental in snaring the Sochi Olympics in 2014, may not show up in Zurich after all.

Verdict: FIFA loves the word "legacy" and its dreamlike qualities. Imagine how soccer could take off in Europe's largest country.

Pros: Spain is riding high after winning a maiden World Cup and boasts two of the most iconic stadiums in Barcelona's Camp Nou and Real Madrid's Bernabéu. Forecast revenues tip the Iberian bid second among 2018 candidates.

Cons: FIFA normally doesn't look too kindly on joint bids, and Portugal hosted the European championships in 2004. Their respective economies are tied heavily to Europe's debt crisis, which may sway voters even though the tournament is eight years away. Financing for renovating stadiums in Spain has hit a snag.

Verdict: The contingent feels it has locked up eight first-round votes, which means only four more out of the total 22 votes are needed to land the bid. 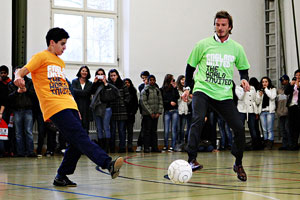 Pros: England is considered the home of soccer yet hasn't hosted a World Cup since 1966, when it won the whole thing for the only time. Passion for the sport is unmatched, making for a great atmosphere. Infrastructure isn't a worry, and England stands to attract the most revenue. Who doesn't love the Premier League?

Cons: Within the bid, not much, although there are minor concerns about hotel rooms and trains. But England's hopes are sinking because of a Sunday Times sting that led to the suspension of two executive committee members and a BBC show that aired Monday alleging three FIFA members took bribes.

Verdict: Prime Minister David Cameron, Prince William and David Beckham could turn things around in Zurich. If not, England, which failed to win the 2006 race, is in for more woe.