Plus: Pep Guardiola's triumph in Japan 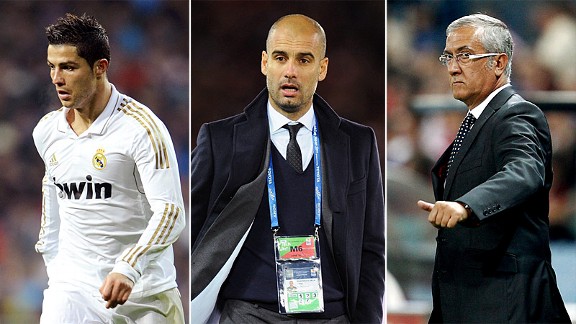 Getty, Getty, APFighting the good fight: Ronaldo has hit back at his critics, Pep Guardiola has added another trophy to his collection and Gregorio Manzano battles for his job at Atletico.

A prominent but currently unemployed English Premier League football coach phoned me the other day to ask about jobs in Spain. The conversation was soon steered to Atletico Madrid, and I said with conviction, "Don't touch it with a barge pole."

He found that hard to understand and moved off the topic with the thought that "if you do make a good job of it and turn them around, you'll be regarded as a guru ... a legend."

He was right about that, but I'm certain that the same thought has flitted through the minds of the coaches who have tried to make something out of the Rojiblancos -- a club that has burned through an average of one coach per year since the mid-1990s. Nineteen of them, in fact, since 1995. 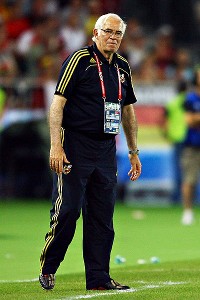 Shaun Botterill/Getty ImagesIs Luis Aragones the man to save Atletico?

This past weekend, the fans roared their fury, their frustration and what increasingly sounds to me like their desperation at manager Gregorio Manzano. He was roundly abused, and soon, he'll be the next sacrificial lamb.

You can take issue with whatever it is you dislike about Manzano's playing ethos, his decisions or his dour schoolmasterlike manner if you really want to. But he is not the problem. Nor were many of his predecessors. The fans began chanting loudly for the return of the messiah (it's that time of year), Luis "Big Boots" Aragones.

Aragones was one of their most emblematic players ever. Fearsomely tough and aggressive, shot like a thunderbolt, a hunger to score goals and a proper leader "Zapatones," as he was known, led Atletico to glory. He has subsequently become legendary not only for coaching Spain to the Euro 2008 crown but also for his battles against alcohol, depression and other afflictions.

Despite his age, the 73-year-old Aragones gives off the air of being indomitable, and I'd guess that he is exactly the kind of man who could come in, scare the bejesus out of a few players, tighten up the defending and put the results on an upward curve. The same can probably be said of Diego Simeone, Atletico's former Argentine midfielder who appears to be hovering over Manzano's position.

But in due course the same problems would surge up. The club owes a couple of hundred million euros, some of which is to the taxman. It regularly signs poor players, failing to get good value for money in the transfer market. And, to be blunt, Atletico is not a well-run club.

A new stadium is in the offing, but, horror of horrors, there is the danger of a similar situation engulfing this famous, passionate and valuable club that has done so much damage to Valencia. The problems are not identical, but there is a definite air of decay and despair just at the time when the new stadium will be constructed -- which will add to Atletico's financial burden and require the club to start packing the place to the rafters with fans to begin reducing the debt.

Aragones is also known as the Wise Man of Hortaleza, an ironic nickname that emanated from his birthplace and a wisecrack he once made about his own brother. If he is wise, then Big Boots -- who helped Atletico reach the European Cup final in 1974 -- will steer clear for his own health and well being.

Simeone is a different case. He's young, smart, vital. But if he takes over and temporarily improves the situation, Atletico still must stop trying to plaster over long-term problems so that shrewder heads can be brought to the board and the technical department. It's the only way for Atletico to pull itself out of the mire. 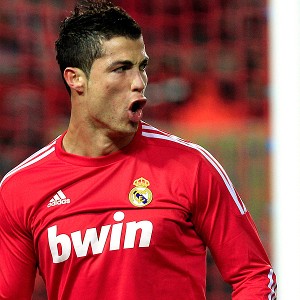 AP Photo/Angel FernandezAfter scoring his 13th hat trick for Madrid this past weekend, Ronaldo hit back at his critics: "They know nothing about football," he said.

Ronaldo hits back at his critics

My position on the Cristiano Ronaldo question is not only well-known, it was established long enough ago that when the Real Madrid striker had a little rant at the end of the 6-2 defeat of Sevilla this past weekend, I was delighted to hear his tone getting aggressive and his voice being raised.

"They know nothing about football," Ronaldo said of his principal critics. His fury was not simply at being criticized, but at the ridiculous reaction to the fact that he had a poor game in the Clasico. Suddenly, in some quarters, football was not a team game. Suddenly, the fact that Madrid was completely overrun in midfield and defended inadequately became less important. Ronaldo missed some chances and didn't have the capacity to, as they say, "win the game on his own." The fact remains that the Portuguese is Madrid's best footballer, his scoring rate remains record-breaking and the only trophy (in fact, match) that Jose Mourinho has won against Pep Guardiola's Barcelona happened to occur when Ronaldo scored a brilliantly created and dispatched header during the Copa Del Rey final in April.

I reject the idea that Ronaldo cannot rise to the occasion against Barcelona. While he has been at Madrid there has been a Barcelona superiority that is so overwhelming that Ronaldo's team creates fewer chances. And Mourinho's tactics often isolate the striker.

What Ronaldo is capable of doing for his team is ensuring that it wins the title even if Madrid cannot beat Barcelona one-on-one. If his response is as aggressive, consistent and determined throughout the remainder of the season as it was during the destruction of Sevilla, when he scored his 13th Real Madrid hat trick, Barca will have implacable opponents, and we will all have a great title race.

Watching Lionel Messi & Co. win the Club World Cup this past weekend reminded me of Manchester United's run to the Champions League final 12 years ago. Let me take you back to 1999 and the news conference that United's Sir Alex Ferguson gave in advance of the final against Bayern Munich. That was, of course, the Red Devils' treble-winning season, and because they faced a last-day championship decider against Spurs plus an FA Cup final against Newcastle ahead of playing Bayern at Camp Nou, the media day for that glorious Champions League occasion was nearly two full weeks in advance.

The German side had wrapped up the Bundesliga title and looked like very muscular opponents. I was sitting next to a German journalist who said to Ferguson, "Our team has all its work done, the title won and time to rest and recuperate before playing you in Barcelona. Meanwhile, you have got nonstop battles in the league and the cup -- that's a massive disadvantage to United, isn't it?"

Without breaking stride to reflect on his answer, Fergie said: "Let's wait and see. We will be in battle mode, and perhaps your players will be too rested."

For most of that Champions League final, it looked as though the German journalist had won the argument just as Bayern was winning the match. But United was, in fact, battle-hardened -- it fought to the dramatic end, and Bayern's players proved to be less well-conditioned, less well-toned. They dozed off and lost.

In many ways, the Club World Cup which Barcelona has just won, in remarkable style, was reminiscent of that situation -- if not the drama of the match. Santos had finished its domestic business, had the chance to rest and train for a performance with flourish, while Barcelona was coping from weeks of injuries, testing games and irregular defending.

But Pep Guardiola has proved an absolute master of simmering his team when the workload needs to be handled. And he has almost always been able to then draw the absolute mental and physical best out of his squad when the moment of truth arrives.

That's why Barcelona looked mobile, fitter, quicker, more agile and dominant while the Brazilians appeared short of pace and slower to react, and with all due respect, they were Barcelona's playthings.

So spectacular was the destruction of the South America champions that the praise has all flooded toward Messi and Xavi rather than the manager. But Guardiola prepared his men to peak for three games: the Clasico, the Club World Cup semifinal and final. The results were impressive: Barcelona won all three matches, scoring 11 and conceding only once. Just one more absolutely immense piece of work from this man who is about to start figuring out whether he will sign a contract renewal. How everyone associated with the Camp Nou must pray that his decision is to stay rather than test himself somewhere else.