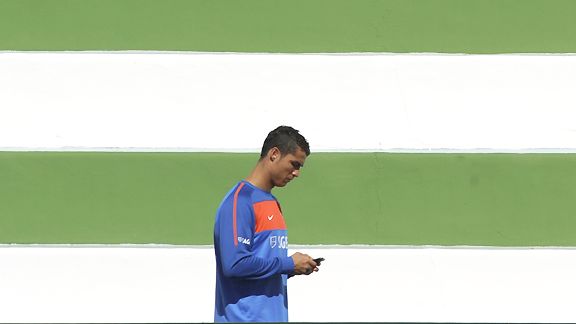 Miguel Riopa/AFP/Getty ImagesCall of Duty: After a grueling European club campaign, many top players such as Cristiano Ronaldo are back in action for Euro 2012 qualifying.

In football, there's very little rest for the weary. After a long European club campaign, many top players are being called back into action for Euro 2012 qualifying matches on June 3, 4 and 7. There will be over 20 games, so which ones should you focus on? Here are our picks for the three matches with the most at stake as teams continue their quest to qualify for Poland and Ukraine.

The second-place team faces the first-place team in Group H, with Norway three points ahead of Portugal. Those three points were earned with a 1-0 win for Egil Olsen's side in September, when a crazy mistake from Portugal goalkeeper Eduardo -- considered by many to be the best goalkeeper at last summer's World Cup -- let in Norway's right winger, Erik Huseklepp. That goal is essentially the only thing separating the two sides going into this game.

Much has changed in the Portuguese camp since that defeat, most notably the coach. Carlos Queiroz officially departed soon after, and has been replaced by former Sporting Lisbon manager Paulo Bento. He's made an impressive start, but the peculiarities of the fixture list mean that he's now gone eight months without a competitive game, and it's time for him to remind the Portuguese public of the good early performances.

The classic Portugal problem is the lack of a dynamic central striker, and it's an issue that hasn't gone away. Bento hasn't called upon his former trusted Sporting marksman Liedson, now back in Brazil (his country of birth) with Corinthians, and instead has a choice between two more static center forwards in Helder Postiga and Hugo Almeida. There's a chance that Cristiano Ronaldo could be used there, but he's more likely to be on the left, able to switch places with his former Manchester United teammate Nani on the right.

But Bento might have a new problem -- a lack of creativity in the center of midfield. For the previous four European Championships, Portugal has been able to call on either Rui Costa or Deco, but now the team has a rather workmanlike midfield. Zenit Saint Petersburg's Danny is the most natural "No. 10," but might be seen as a backup to the wingers, rather than as a midfielder.

The initial contest was an exciting tactical battle because of the contrast between the two sides. Portugal favors a short passing game and dominating possession, whereas Olsen has always preferred to get men behind the ball and then break quickly through energetic wide players.

Olsen's lineup throughout the qualification process so far has been remarkably consistent, with the midfield five and the center back pairing appearing in all four games so far, and the fullbacks only replaced because of injury. The one question mark is up front, where veteran John Carew is battling with the popular Mohammed Abdellaoue of Hannover for a starting spot. It would be a big surprise if Olsen favorite Carew didn't start the match, but an equal surprise if he finished it -- and Abdellaoue might prove to be an excellent super-sub.

With Germany running away with Group A on 15 points from five games, this is effectively a battle for second place. It should be an entertaining game. Turkey won the reverse fixture 3-2, while aside from the three European semifinalists at last year's World Cup (Germany, Spain, Holland), Belgium is the top scorer in the qualification process. Both these sides were tipped as dark horses before qualification began.

Belgium's status as a promising outsider comes from the fact that it has an astonishing number of talented young players, arguably a better youth generation than any other European country at the moment. Coach Georges Leekens has so many options that he's even been brave enough to leave out the Ligue 1 Player of the Year, Eden Hazard, from his past two lineups. That was initially a tactical decision -- against the aerial power of Austria, the coach wanted more height in the team, and then the momentum continued against Azerbaijan in the next match. But Leekens will be tempted by the thought of Hazard's mazy runs through the Turkey defense.

Indeed, Leekens has changed both formation and personnel frequently throughout the qualification campaign, partly for tactical reasons, partly because he has so many options and partly because of injury (Thomas Vermaelen and Marouane Fellaini have been among those with long-term injuries). The only player who has remained in the same position throughout qualification has been veteran Timmy Simons, though Leekens now seems to want to base the side around the Standard Liege duo of Steven Defour and Axel Witsel. His selection will be interesting. 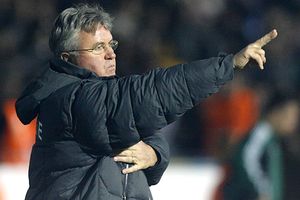 Turkey is managed by Guus Hiddink, previously seen as a miracle worker after good results with Holland, South Korea and Australia at consecutive World Cups. Now he is trying to rebuild his reputation after a disappointing non-qualification with Russia for South Africa in 2010.

Hiddink's performance so far has been relatively poor. The 3-0 defeat to a Mesut Ozil-inspired Germany was forgivable, but the 1-0 loss at the hands of Azerbaijan five days later was not. Hiddink hasn't had a consistent shape to the side and has called up nearly 70 players in the past twelve months, suggesting he's not really sure how to proceed. The absence through injury of new Real Madrid signing Nuri Sahin certainly doesn't help. The main story, of course, is the likelihood of Hiddink joining Chelsea over the summer. Reports suggest he will talk with owner Roman Abramovich after this match, and while he is reluctant to leave Turkey midway through a qualification campaign, a defeat here might make his mind up.

In theory, this should be a simple game for Laurent Blanc's side. When you consider that it started its qualification campaign with a 1-0 home defeat to Belarus, however, things become a little more complicated.

The focus after that shocking result was solely upon France's failings, but Belarus coach Bernd Stange didn't receive enough credit for his tactics in the game. His side defended solidly with two banks of four, then went forward and snatched the victory late when France left spaces at the back. Stange will be without Alexander Hleb for this match, however, so the creative burden many instead fall upon his younger brother, Vyacheslav. 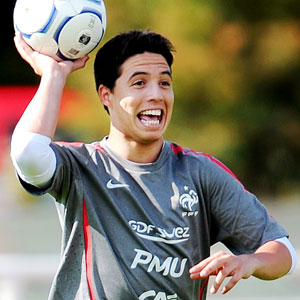 Blanc, meanwhile, recovered well from that initial setback, and France has put together four consecutive 2-0 wins in qualifying, plus a good 1-0 win over Brazil in a friendly. The former Bordeaux manager has a strong defensive base to his side and some combative holding midfielders, but hasn't yet worked out the best system for attacking -- a 4-3-3, 4-2-3-1 and a 4-4-2 diamond have all been used.

He would ideally like to play Yoann Gourcuff, Samir Nasri, Florent Malouda and Franck Ribery all behind Karim Benzema, as he did in the last game against Luxembourg, but it's doubtful that this combination would have sufficient defensive strength against stronger sides. A double pivot of Rennes' Yann M'Vila and Yohan Cabaye, set to move from French champions Lille to Newcastle United, would be an interesting experiment.