Comparing MLS to other leagues 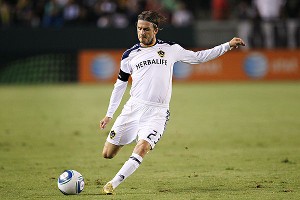 Kelvin Kuo/US PresswireMLS' economic structure, with designated players like David Beckham and the salary cap, makes the league unique in the world of football.

It's an oft-asked question. Just how good is Major League Soccer?

With 16 seasons in the books, the league has risen to 10th in the world in attendance for all soccer leagues, with 17,872 fans per game, recently passing the second tier of English football, the Championship (17,388). There is no argument to be had over whether MLS has gotten better. It unequivocally has. The quality of play has improved; high-quality foreign talent has started arriving; serious international prospects are steadily emerging.

But where exactly does the league rank in the hierarchy of the world's biggest leagues? I set out to answer that question.

First, I asked English Premier League veteran and recent Los Angeles Galaxy recruit Robbie Keane. "It's very different to compare this league and especially the Premiership, which is obviously the best league in the world," said the Liverpool and Tottenham veteran. "So it would be silly of me to compare the two."

"You can't compare this," echoed New York Red Bulls goalkeeper and German Bundesliga alumnus Frank Rost, before adding with a grin: "It's not good if I make a comparison."

I asked several other experienced foreign players. The answer was the same.

But if they were dodging the question, it dawned on me, they were nevertheless making a valid point: You really can't compare.

For one, MLS is a total outlier. In most leagues, clubs pay players what they can afford to pay them -- and oftentimes more -- spreading the wealth relatively evenly among the squad. In MLS, because of arrangements like the salary cap and the designated player (three of which are the only players allowed to earn over $335,000 annually on each team, counting only partially toward the salary cap), there is a wild disparity between what the best- and worst-earning players on each team earn. This distorts the talent curve.

Secondly, because there is no free agency, those homegrown players who aren't among the few designated players often earn less than they're worth while the DPs are often wildly overpaid relative to their value, further corrupting the mean. Players aren't paid their market value, because there is no market.

In their seminal book "Soccernomics," Simon Kuper and Stefan Szymanski prove that there is a very reliable correlation between a team's payroll and how well it places in the standings, that unequivocal measure of quality. They found that among 40 English professional clubs between 1978 and 1997, the salary expenditure explained 92 percent of the variation in league position. From 1998 to 2007, it was 89 percent. What this means is you can more or less tally what a club spends on player salaries and, by comparing it to others, rank where it ought to place in the standings at the end of the season. Logically, the same goes for leagues as a whole, given that players are free to move to the highest bidder in the rest of the soccer world. Salaries are highest in England, Spain, Italy and Germany, and therefore those are the leagues where the level of play is highest. 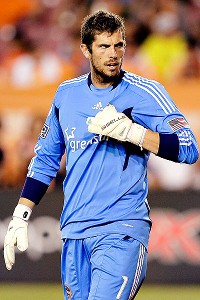 In MLS, which has an outlandish appetite for big foreign names but no free market, there is no correlation between expenditure and quality -- not until 2011 did a team that employed a designated player, first allowed in 2007, even win the league. This means you can't rank MLS among other leagues around the world based on the salaries paid to its players.

The band of talent is wider in MLS than in any other league that comes to mind. The difference between those making $30,000 and the ones making $6.5 million is enormous. David Beckham can still hang with the best of Europe, as he proved in two loan stints to AC Milan. So can several others. But a late-round draft pick out of a local college is lucky not to be embarrassed in MLS. And in no other league in the world is the disparity between the best and worst players so large. This is partly to blame on the lack of promotion or relegation to a second tier or easy movement of players between different American leagues, preventing the natural selection of talent. Yet at the same time, the talent difference between a player who makes $50,000 and $500,000 is often quite small, much smaller than the difference between one player and another making 10 times as much would be anywhere else in the world.

Houston Dynamo goalkeeper Tally Hall, who never came off the bench in two seasons at Danish club Esbjerg, exposes this in his following comment: "I think people discredit the league quite a bit," he said. "I think the Dynamo beats my Danish team more times than not." Yet why have American MLS players for years flocked to Scandinavia? Because salaries are high -- even if, according to Hall, the talent level on certain teams is lower.

Is Major League Soccer just another entity whose quirks will have to be filed away under the uniqueness of American sports? Because how do you even begin to objectively measure MLS against any other league if you can't follow the money?