Uruguay advanced to the knockout round with a dramatic 1-0 win over Italy, but all anyone can talk about is Luis Suarez's rogue teeth.

Suarez appeared to bite Italy's Giorgio Chiellini in the 79th minute of the match, the third time in his career he's been involved in such a controversy. Take a look at the aftermath: 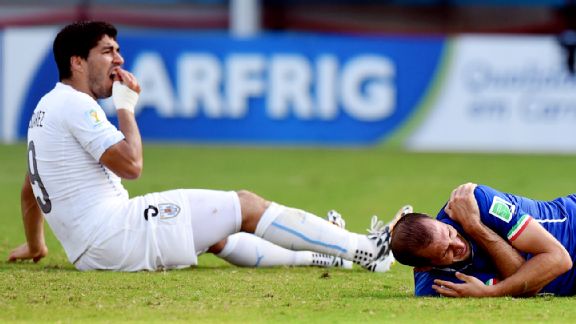 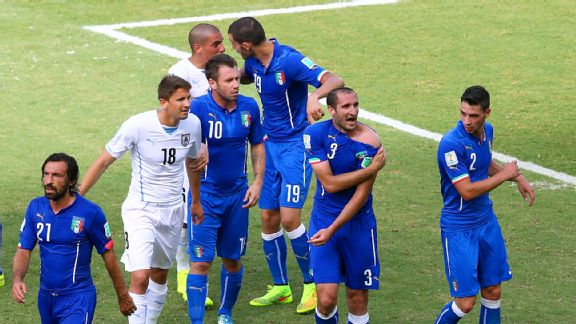 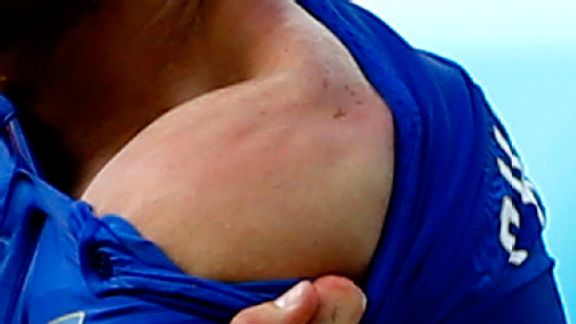 Though Suarez didn't receive any penalty during the match, Twitter wasn't so easy on him.

Some suggested a bit of extra equipment for Suarez in his next game (whenever that is):

Others expressed disbelief that Suarez pulled a stunt like this on the world's biggest stage:

Many users theorized that Suarez might have escaped from the set of "The Walking Dead":

@SportsNation #SNPhotoGame He made it on the walking dead. pic.twitter.com/XU1u0OpMKq

One user suggested that Suarez was playing the wrong game:

It was really a promo for Luis Suarez's new children's game. pic.twitter.com/w6JJddj5zx

SportNations's Twitter counterparts compared Suarez to a vampire -- but not a cool vampire like, say, Blade or Dracula:

If you're going to take on Suarez, you might need a bigger boat:

McDonald's of Uruguay offered Suarez a more appetizing meal (Translation: "Hi, Luis Suarez. If you are still hungry, come take a bite out of a Big Mac."):

Finally, some words of wisdom from a man who has first-ear experience with an opponent snacking on him:

I guess any part of the body is up for eating.

More SportsNation: How should Luis Suarez be punished?