Miniature things are trendy: tiny houses, bite-sized candy bars, teacup pigs ... mini Madden players? Thanks to a glitch in "Madden 15," fans have been having fun with this tiny Titan: 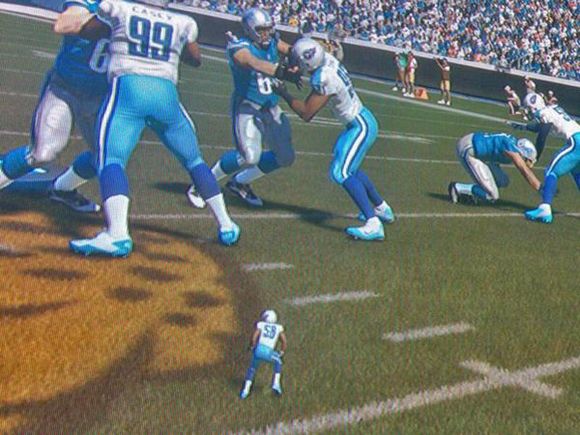 He's juuuust a bit too short to snag an interception:

He tried going for the pick pic.twitter.com/w9ZdcutwuR

And tackling is clearly a challenge for the vertically challenged:

But miraculously -- despite being the same size as the football -- he's able to recover a fumble:

HE GOT THE FUMBLE pic.twitter.com/O8rg8hdhlj

The star of the glitch appears to be Cleveland Browns rookie linebacker Christian Kirksey, whom some Madden players have seen listed at 1-foot-2. It's unclear why Kirksey is on the Tennessee Titans in this glitch, but he made the most of the situation on his Twitter account ...

No matter how small you are, have big dreams, and live big! #madden #glitch #1'2 #reallyLOL #goodmessagetho

This glitch of me on madden is hilarious might I say! #lol #laughitsgood

... and talked to SportsCenter about it on Tuesday: