The baseball game with no fans

What if there was a baseball game and there was no one there to see it? Did it really happen?

Well, yes it did. Due to the civil unrest in Baltimore, Wednesday's White Sox-Orioles game at Camden Yards was closed to the public. There were some fans who mingled around the locked gates and chanted for the O's, but inside, only a few scouts and photographers wandered around the empty 46,000-seat stadium as the teams played to absolute silence.

They still played "Take Me Out to the Ballgame" during the seventh-inning stretch and walk-up music for each of the players, but there was no kiss cam or crab shuffle or hot dog races in between innings -- just a graphic of the team's logo on the big screen.

There were still home runs, of course -- only this time no fans to scramble for the ball. Baltimore's Chris Davis hit one during the O's 8-2 victory, and the baseball remained on the famed Eutaw Street concourse, just sitting there.

So it was certainly an odd day in the Charm City -- and not just because the game took only a brisk 2 hours, 3 minutes. How did it look in and around the stadium during the least-attended game in the 145-year history of Major League Baseball? Let's take a look: 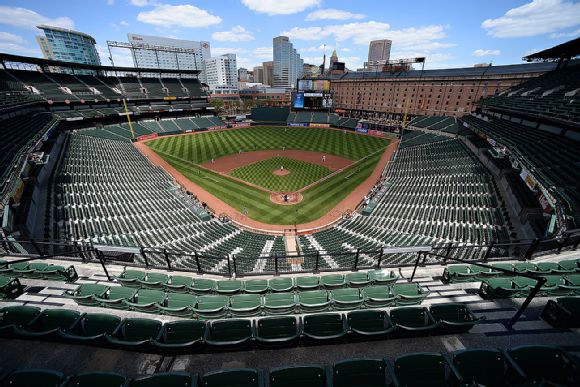 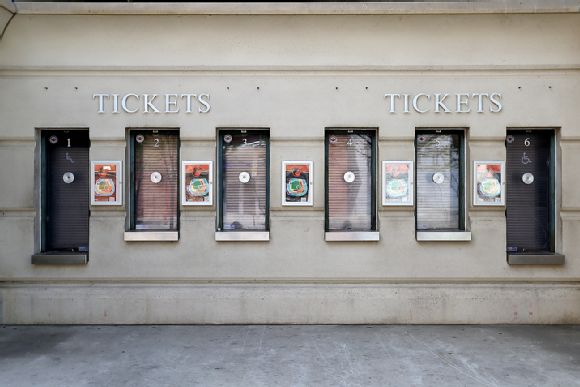 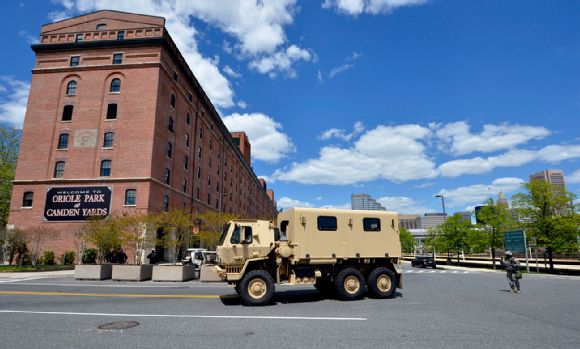 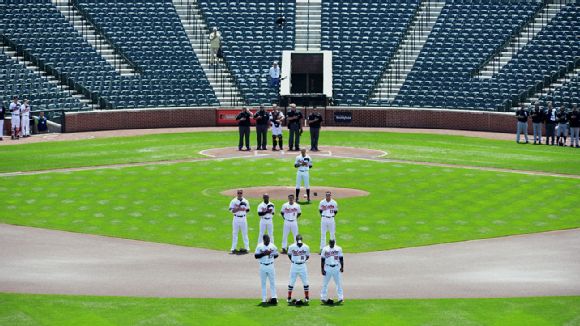 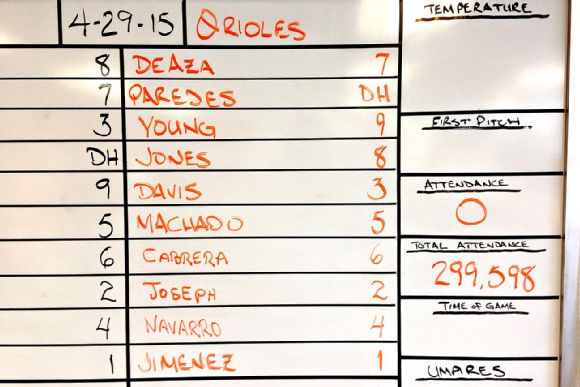 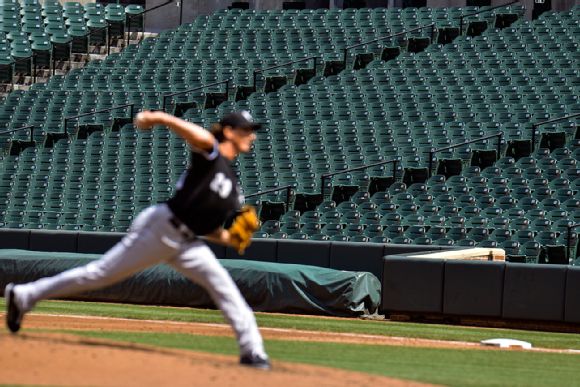 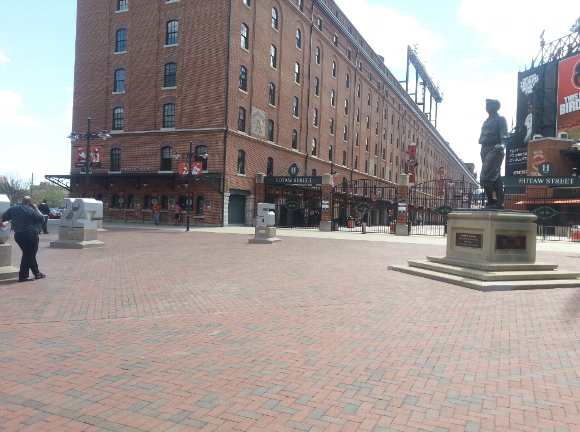 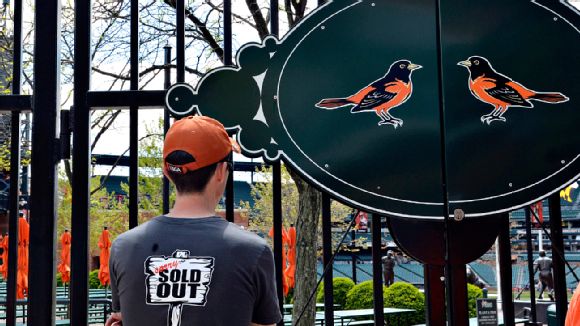 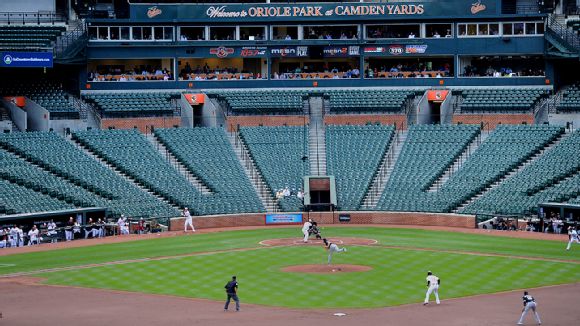 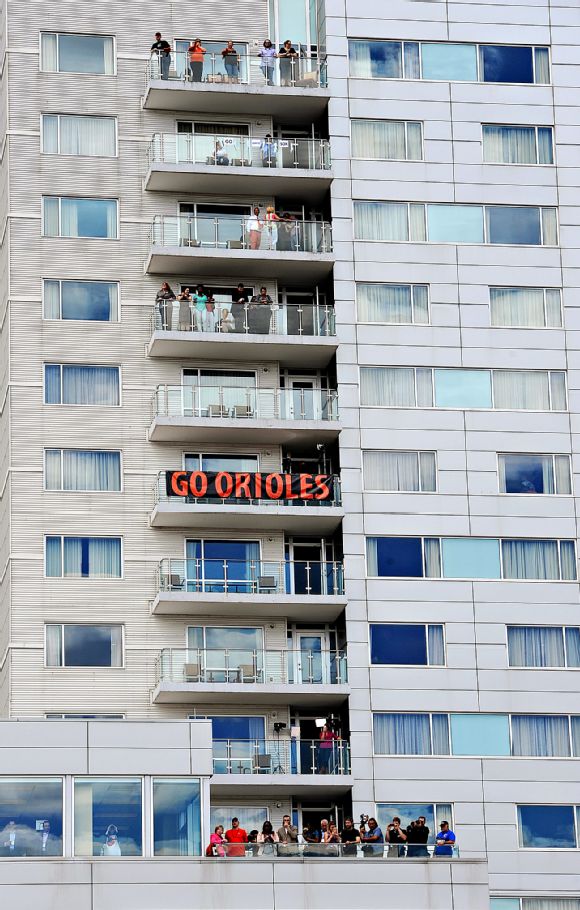 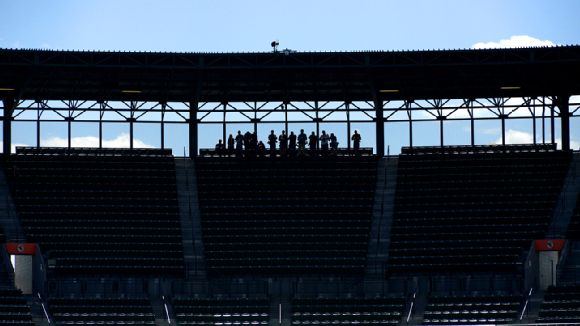 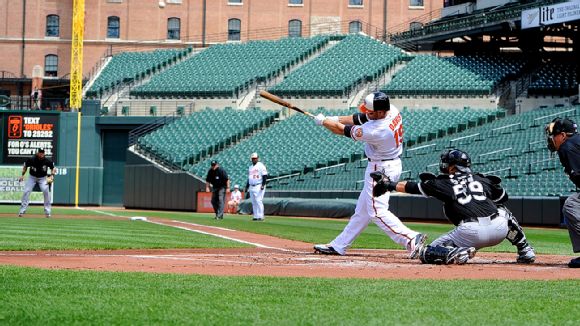 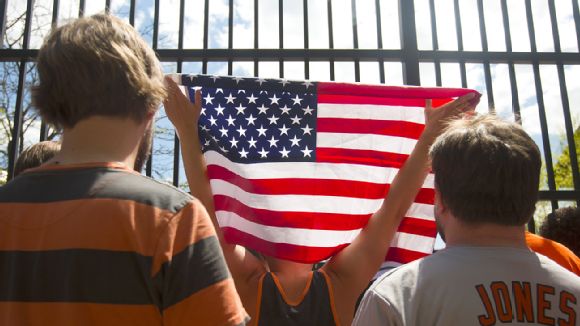