Between Rousey's words and Conor McGregor's, it is the talk of the MMA/boxing Internet. And while it probably won't ever happen, it's still a subject many fans have opinions on.

And those opinions, at least through a little more than 10,000 votes on a SportsNation poll, seem to lean in one direction: 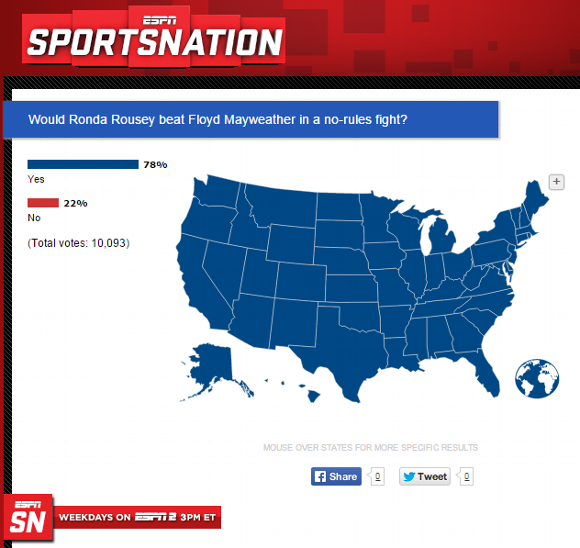 Now, this is still a reasonably small sample. And the vote is not over. Do you agree with the way SportsNation is leaning?