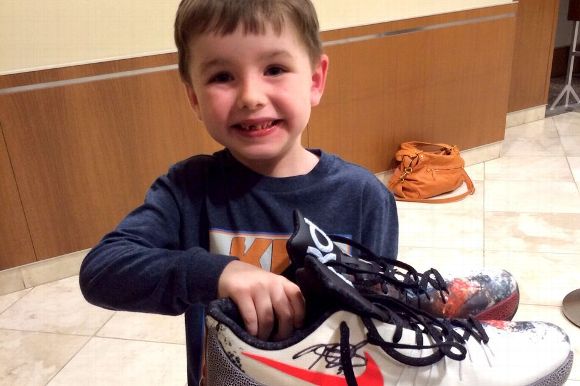 His parents want to put Durant's size-18s in a protective glass case, but Keaton, who currently wears 2½s, has other ideas.

"I want to wear them when I get bigger," Keaton told his parents.

He has earned the chance to grow into them.

More than three years ago, on Aug. 30, 2012, Keaton was diagnosed with leukemia. He was very sick and faced a grueling regimen of chemotherapy. But he rallied, rooting on the Thunder the entire time.

"He always checks the schedule of the refrigerator and asks if he can stay up to watch the Thunder," Keaton's mom, Holly Barrón, said. "He even fakes getting up at night like he needs a drink just to check the score." 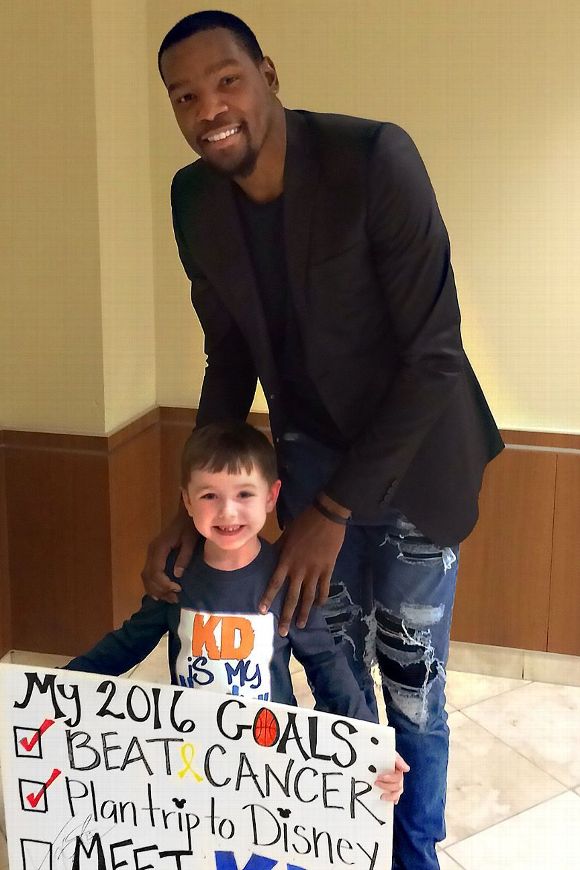 On Dec. 27, Keaton completed his final round of chemotherapy and has been deemed cancer-free. A week later, the Barróns celebrated by going to see the Thunder play the Sacramento Kings. Keaton wore his "KD is my homeboy" shirt and brought a sign showcasing his three goals for 2016. "Beat Cancer" -- Check. "Plan trip to Disney" - Check. The third goal, "Meet KD," was unchecked. Durant took care of that.

Durant sat out Monday's game with a sprained right toe, but saw Keaton's sign and made arrangements to meet the Barrón family at halftime.

"I've been waiting to meet him my whole life," Keaton told his mom.