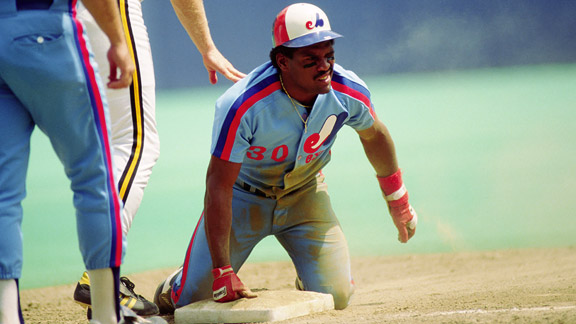 We've a confession to make, SportsNation. We played a trick on you yesterday.

It all started innocently enough. We asked you to compare Andre Dawson and Tim Raines, both of whom are up for induction to the Hall of Fame on Wednesday. We thought the vote would be close, but we were wrong; it turns out that almost 70 percent of you favor Dawson over Raines. That got us thinking: how much do you really know about these two players?

We put up three further questions, asking whether Player A or Player B was better over their career averages, five-year peaks, and best overall season. We omitted the players' names, using only their stats. In this case, Player A was Raines and Player B was Dawson. The results were almost the complete opposite of our original poll.

Now, we didn't take into account defense or postseason play (both performed rather badly in the playoffs, although in Raines' case, he was well past his prime for the majority of his appearances), so the results might vary a bit, but it's pretty clear that, when you remove the names from the equation, SportsNation thinks Raines was the superior player. Does a player's reputation mean that much to you, SportsNation? Hit up the comments to let us know if your opinion has changed, and more importantly, why.