Should the Hall of Fame be reformed?

Won't this year's Hall of Fame ceremony be grand? We can't wait to go and watch absolutely no one give a speech -- because the Baseball Writers' Association of America let no one in this time around. Only Craig Biggio and Jack Morris came close to the 75 percent threshold necessary to get one's face on a plaque in Cooperstown. Clearly, the issue of performance-enhancing drugs is tainting the process in some way; Roger Clemens and Barry Bonds would have been surefire first-time inductees had they not been connected to steroids. The spectacle of an empty induction year might force the Hall of Fame into making some sort of change.

Ballot: Which top vote-getters from this year's class will eventually make it in? 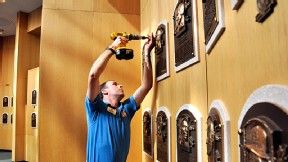 Some voters submitted blank ballots. Other voters picked single, strange candidates. Others didn't vote at all. 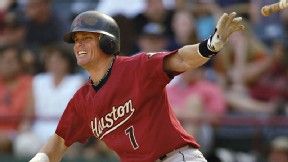 We could theoretically see a year in which there were no deserving candidates, but several exceptional players were on this ballot. 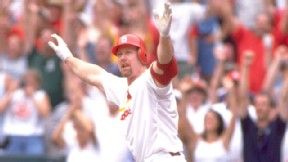 Mark McGwire was on 17 percent of ballots this year, but he won't be the last player connected to PEDs to be on the Hall of Fame list. 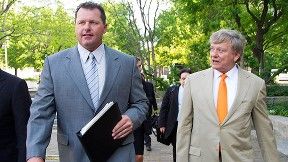 Voters have expressed some confusion over how to treat players with possible connections to PEDs, which may explain Roger Clemens and Barry Bonds' low numbers.