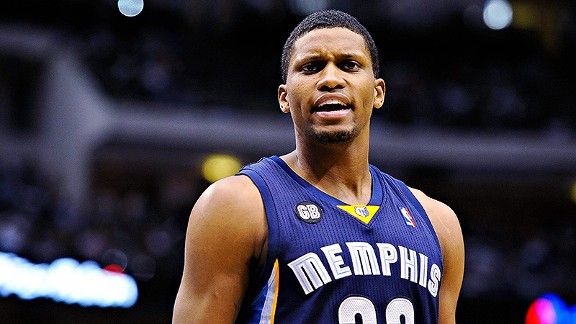 The Grizzlies, who've been looking to shed payroll without damaging their postseason chances too much, are on the verge of completing a trade that would send Rudy Gay to Toronto, Jose Calderon to Detroit and multiple pieces to Memphis, sources told ESPN.com's Marc Stein. Fans were mixed on who got the best of the trade, and whether the 26-year-old Gay was worth the contract that pays him $16.5 million this season.

Some NBA players, including multiple members of the Grizzlies, took to Twitter to react to the big trade.

Wow that was 1 crazy trade today. Are you serious Rudy Gay is right there under KD, Lebron, Kobe, and Melo. #badtrade