Voices: Can R.A. Dickey bounce back? 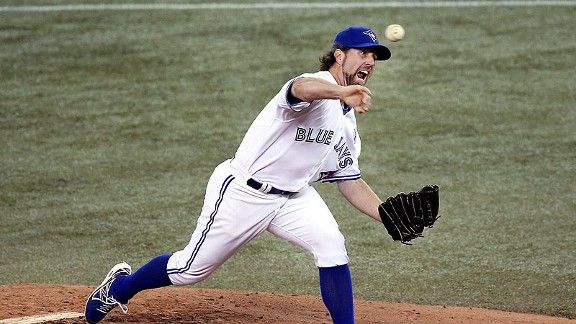 For a second consecutive start, reigning NL Cy Young Award winner R.A. Dickey failed to find his elite form from a year ago, getting lit up for eight runs (seven earned) Sunday against the Red Sox. Dickey is pitching in the American League for the first time since 2009 and working with a catcher who is unfamiliar with fielding his trademark hard knuckleball. But an 8.44 ERA wasn't what the Blue Jays were expecting when they signed Dickey to a two-year, $25 million extension this offseason. So are Dickey's troubles just early-season jitters, or a sign of things to come in Toronto?