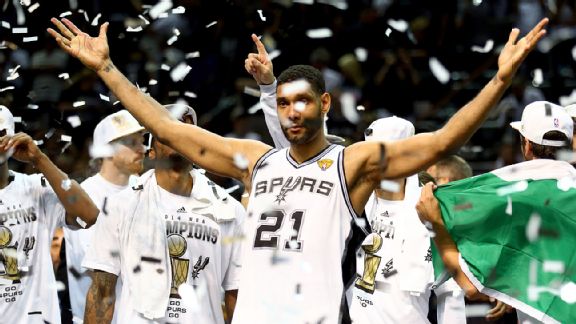 First: Consulting firm Maddock Douglas surveyed 1,002 North American fans to form 25 criteria for what you want most in return for the emotion, money and time you invest in the 122 MLB, NBA, NFL and NHL teams.

Second: Teaming with NetReflector, an opinion research firm, ESPN.com asked fans to rate their home teams in each area; more than 101,000 of you did! We grouped grades into the categories below. Royals fans, for example, ranked Kauffman Stadium much higher (29) than owner David Glass (112).

Third: Our final measure, bang for the buck, uses calculations developed with Oregon's Warsaw Sports Marketing Center to figure how well teams turn fans' money into wins. FINALLY We combined each team's score across all categories into a weighted average. For example, since fans ranked players as more important than ownership, the former counted for 13.9 percent of a team's final score versus 11.3 percent for the latter. The result? Fan opinion combined with an objective gauge of the cost of winning. Ultimately, everything counts.

Fan relations
Courtesy by players, coaches and front offices toward fans, and how well a team uses technology to reach them
1. Spurs
122. Knicks

Players
Effort on the field, likability off it
1. Spurs
122. Knicks

Bang for the buck
Wins in the past year, per fan dollars
1. Pacers
122. Maple Leafs

Back to Overall Rankings