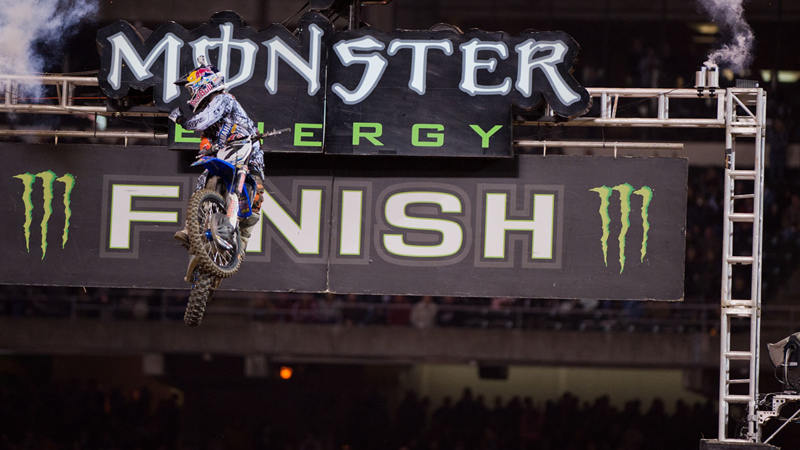 Stewart, who won in Oakland last year, passed Chad Reed on lap nine and checked out. Stewart became the fourth Supercross Class winner of the season.

"I got in a rhythm out there tonight and put together a great race," said Stewart, who dedicated the win to his mechanic, Mark "Tex" Adams, who died earlier this week. "I had a tough couple of races this year, and tonight I got it done."

Reed finished second, and is tied with Ryan Dungey for first place at 85 points apiece.