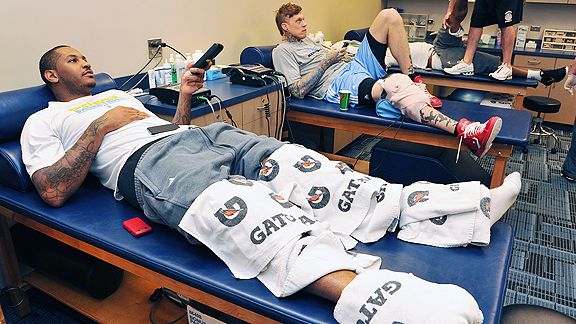 Get comfortable: A Carmelo Anthony trade could take weeks to complete.

After a big round of Carmelo Anthony phone calls, I predict there won't be a completed trade until close to the Feb. 24 trade deadline. Here's why:

Put it all together, and you have the ingredients of a likely deal: Willing participants with the means to get a trade done. But what you don't have is pressure to get something done immediately. As proposed, the deal has four parties with veto power: Anthony, the Nuggets, the Nets and the Pistons. At least two of those parties, sources say, see merit in taking it slow.