1. Championship effort extends beyond field for Patriots: There are no football practices being held at Gillette Stadium, which makes this spring unlike most others in recent memory, but Patriots owner Robert Kraft has ensured that the home venue of the six-time Super Bowl champions is being put to good use.

And on Friday, a significant milestone was reached, with the Patriots and Massachusetts Military Support Foundation teaming up to package their 2 millionth meal to help those directly affected by the coronavirus pandemic.

How the Patriots became involved falls into the category of a classic football audible. 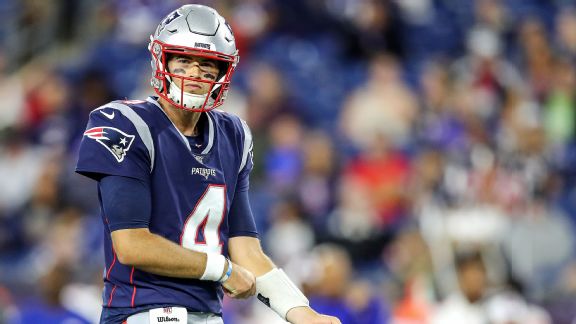 The distribution center initially being utilized by the Massachusetts Military Support Foundation on Cape Cod had to be turned into a COVID-19 field hospital, forcing organizers to scramble for a new location in March.

"There are a lot of people in need of some help right now. I am so glad that we could offer our support and assistance," Kraft said. "It is heartwarming to see how many people have volunteered to assist in the packaging and distributing of 2 million meals. It has been a tremendous team effort that is positively impacting the lives of others throughout New England."

For the past six weeks, some of the vast area at Gillette Stadium –- part of which was already being utilized for ongoing blood drives and as a COVID-19 testing site in cooperation with Massachusetts Gov. Charlie Baker –- was transformed into a safe space to put together “vital food packages” for veterans, military families and veteran service organizations. The packages contain nonperishable foods and nutritionist-developed recipes to provide three meals a day for two people for 14 days.

Those meals have then been delivered to six different locations across Massachusetts for pickup, while others have been delivered directly to communities across New England. One community hit particularly hard, Chelsea, received a delivery on Saturday with 1,000 boxes that included 84,000 meals stacked on the Patriots’ moving truck.

The truck has six Lombardi trophies painted on the side of it, a reminder of the team’s championship play on the field.

They continue to prove to be champions off it, as well.

2a. Andrews can look to Smith's comeback as a guide: Patriots captain and starting center David Andrews said last week that he's excited to get back to playing football after missing last season with blood clots in his lungs, adding that he hasn't been told what type of restrictions he might have, if any. One of the top collegiate offensive linemen in the country, Tennessee's Trey Smith, came back last season from a similar diagnosis and was dominant at times, so Andrews can look to Smith's situation as one helpful guide. Andrews summed up his approach this way: "You can't live your life in fear if it's going to happen again or not."

2b. Thuney's value now tied to insurance at center: While there is team-based optimism for what Andrews' return will mean to the Patriots' offensive line, it would be negligent for the club not to have a capable insurance policy lined up in the event things unexpectedly go off track. After not selecting a center until the seventh round (Memphis' Dustin Woodard), that insurance policy ultimately might be starting left guard Joe Thuney, who has rare flexibility to play any position on the line. The Patriots surprisingly placed the franchise tag on Thuney at $14.78 million in March, but considering he now has them covered in two key areas, that high-dollar figure probably looks a bit more reasonable to them.

3. Caley will be key with Asiasi: Few question the talent of Patriots third-round pick Devin Asiasi, the tight end from UCLA, but one of the common thoughts I've heard about him from scouts and personnel evaluators is the question of how he'll transition to the daily demands of being a professional. That type of projection comes with every draft pick to some degree, but it's a bit more with Asiasi, in part due to him serving a three-game suspension at the start of the 2018 season and having been just a one-year starter. This highlights the position of 37-year-old Nick Caley, who is set to enter his fourth season as Patriots tight ends coach after initially breaking in with the team as a general assistant in 2015 and 2016. Caley is another John Carroll University alum in New England, and for a team that hasn't invested heavily in young tight ends in recent years with Rob Gronkowski atop the depth chart, he now has two to groom in Asiasi and fellow third-rounder Dalton Keene. If Asiasi and Keene grow into key contributors, it would reflect well on Caley and his future prospects to possibly move up the ranks to the coordinator level. 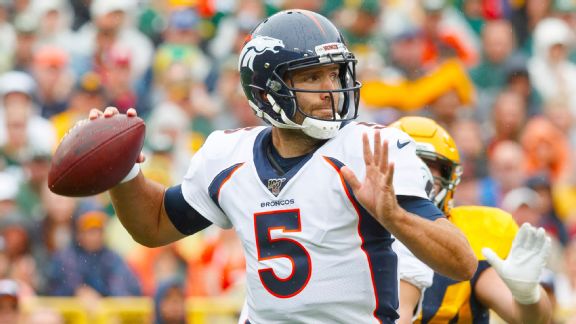 4. Wahlberg's connection to Belichick and NFL 100: One fun leftover from last week's interview with actor Mark Wahlberg was how an old-time selection to NFL Films' NFL 100 All-Time Team -- Philadelphia Eagles running back Steve Van Buren (1944-1951) -- created an unexpected behind-the-scenes connection with his own kids.

"I was watching Belichick in the [NFL] top 100 and he was talking about Steve Van Buren," Wahlberg relayed of Belichick's black-and-white film breakdown. "My kids are like, 'How do you know that guy?' I just said, 'It's a long story.'"

The story traces back to "Invincible," the Disney-produced 2006 film in which Wahlberg played Vince Papale, the bartender and teacher who improbably became a member of the Philadelphia Eagles in the mid-'70s. In the movie, Papale's father was discussing how much the Eagles meant to him when he said of Van Buren's winning score against the Chicago Cardinals in the 1948 championship game: "That touchdown got me through 30 years in the factory."

5. Winovich on the mend: Patriots second-year outside linebacker Chase Winovich allowed Stan Grossfeld of the Boston Globe to tag along with him earlier this offseason -- as part of promoting his new YouTube show "Wino on a Quest" -- which provided a behind-the-scenes glimpse of one of the team's unique characters. Of the football-specific things learned in Grossfeld's piece: Winovich had surgery in February for a hernia.

6. Gostkowski feeling good as he awaits opportunity: Former Patriots kicker Stephen Gostkowski, who shared recollections of the team's 2009 season-opening win over the Bills and his key fumble recovery for an upcoming story previewing the re-airing of the game Monday night on ESPN, is staying ready for potential free-agent opportunities. But everything is basically on hold for now due to the coronavirus pandemic. "No one is practicing right now, so it's not like I'm missing competing with someone in OTAs. If things work out like I think they will, I'll have an opportunity around training camp, whenever the NFL decides that will be," he said, noting he's about six months removed from left hip surgery and feels as good as he has in recent years. "I want to try to find a place where I can have a chance to compete. With the kicker position, there's usually two, three, four spots that are up in the air, but you just have to find the right place."

7. Picking the hot spots from Patriots' schedule: Thursday's release of the NFL schedule filled in the when to the Patriots' 2020 slate, and here were a few leftovers that stood out specific to that:

9. Patriots Hall of Fame inductee to be announced Monday: Fan voting has closed for the one inductee to be enshrined in the Patriots Hall of Fame this year, and the club plans to announce the winner Monday at 10 a.m. ET. The three finalists, as narrowed down by the Patriots Hall of Fame committee of former players and media members, were Bill Parcells, Richard Seymour and Mike Vrabel. Of the group, Parcells’ candidacy received the most buzz after a five-year void of him being a finalist, so will it be enough to finally push him over the top? I have my doubts, as this feels like Seymour’s year –- especially after he’s been a finalist for the Pro Football Hall of Fame each of the past two years. I think all three belong in, and one of my favorite parts of the media discourse this year was the passion that accompanied it. Not to be lost in the debate is that induction into a team Hall of Fame will mean different things to different people. In that sense, there really isn’t a right or wrong answer.

10a. Did You Know, Part I: The Patriots and Chargers are the only teams in the NFL scheduled to finish the 2020 season with three straight divisional games.

10b. Did You Know, Part II: If the Dolphins elect to start rookie Tua Tagovailoa in the season opener against the Patriots, and New England opts for Jarrett Stidham, it would be just the second time over the past 30 seasons that two quarterbacks made their first career start against one another. The other was Week 1 of the 2015 season between Jameis Winston and Marcus Mariota.