OWINGS MILLS, Md. -- Baltimore Ravens quarterback Lamar Jackson seems to set NFL records every time he steps on the field this season. In Week 1, he became the first player to produce a perfect passer rating in a season opener; last Sunday, he established a new standard for dual-threat quarterbacks last Sunday.

For Jackson, the only record that has consumed him since youth football is the win-loss column.

What's Jackson like after a loss? Jackson started to speak before catching himself.

“I was about to curse. You almost got me to curse," Jackson said while playfully pointing at the reporter who asked the question. "I’m ticked off. I’m going to watch the plays for what I did wrong, try not to make it happen again. But I’m not planning on losing, at all."

That's an appropriate response considering Jackson has rarely lost or used curse words since taking over the Ravens' offense around midseason last year.

In winning the first two games this season, Jackson improved to 8-1 in the regular season. Only 12 other quarterbacks in the Super Bowl era started their careers 8-1 or better through nine starts, according to ESPN Stats & Information.

Jackson gets a chance to avenge his only regular season loss Sunday, when he plays the Kansas City Chiefs. Last season, the Ravens lost at the Chiefs, 27-24, in a game where Jackson was sidelined for the final two plays of overtime because of an ankle injury.

Asked if there is any added significance to return to Arrowhead Stadium, where he lost, Jackson said, "I hate losing, period. You just go in and play with confidence and try to come out with a victory. That’s the goal."

When he lost a high school playoff game, he cried. Jackson was distraught because he thought a teammate heading to play Division II could've gotten a chance to go to Division I if the team had advanced further.

“[Competitiveness is] in his DNA," Ravens coach John Harbaugh said. "It’s who he is.

"He doesn't really dwell on the positives too much. He dwells on the areas of improvement, and we appreciate that."

Jackson's passion for winning is reflected in his success at every level. He won 22 of 24 games at Boynton Beach (Florida) Community High. He went 23-12 as the starting quarterback at Louisville.

There was no way to verify Jackson's record for his Pop Warner team, although he swears his youth football losses still haunt him.

"He’s got that ‘it’ factor when it comes to competitiveness, and it’s just a natural thing," Ravens offensive coordinator Greg Roman said. "It’s in the fiber of who he is, really."

Jackson's first words after he was drafted by Baltimore with the last pick in the 2018 first round was: "They're gonna get a Super Bowl out of me." Everything he's done since then has been to live up to those expectations.

The Undefeated's Year of the Black QB 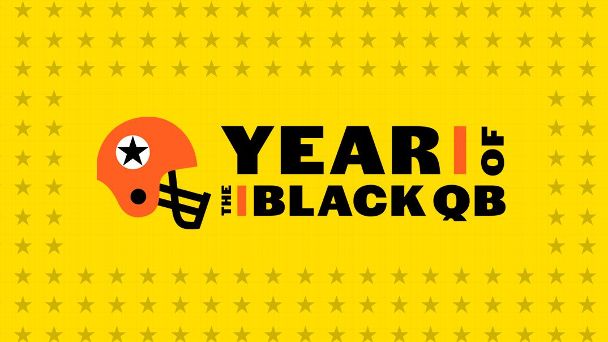 Throughout the 2019 NFL season, The Undefeated will chronicle the rise of black quarterbacks in the NFL. Read more

If he makes a bad throw, he thumps his chest in frustration. If he is a little late on a read, he gets equally mad at himself.

During the preseason, Jackson didn't just line up as a safety on scout defense. He wanted to get an interception or tackle to win the drill.

"If he shoots a plastic bottle in the trash can, he wants to make it in," center Matt Skura said.

Teammates measure Jackson's competitiveness beyond what he does on the field. It's in what he says.

After he threw five touchdowns to finish with a perfect passer-rating in Week 1, Jackson took a jab at his critics by saying, "Not bad for a running back."

"I think that’s where his competitiveness shows the most is when people tell him he can’t do something. He wants to go out there and prove it," Ravens backup quarterback Robert Griffin III said. "I want him to get to the point, as his brother and mentor, where he doesn’t have to do that to prove other people wrong. He just does it because that’s what he does."

If Jackson can redeem himself at Arrowhead Stadium, he'll join an even more select group of quarterbacks who started 9-1 or better. Seven quarterbacks have done so over the previous 49 seasons, with the latest being Jackson's counterpart Sunday -- Patrick Mahomes.

"I hate losing," Jackson said. "You can have all the stats in the world, but if you’re losing, you’re probably not going to get talked about. Probably will, but not in a good way. It’s all about winning. That’s what it’s all about."