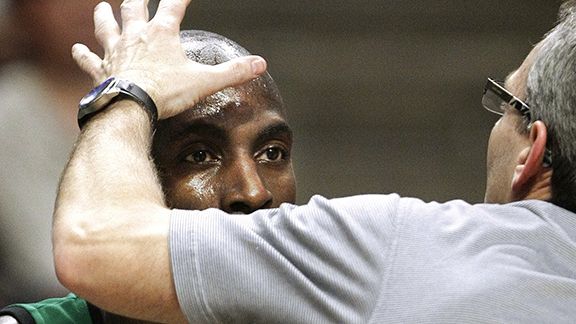 The Celtics went with their normal starting lineup Tuesday, but were shorthanded as Tony Allen sat out as he continues to battle the flu.